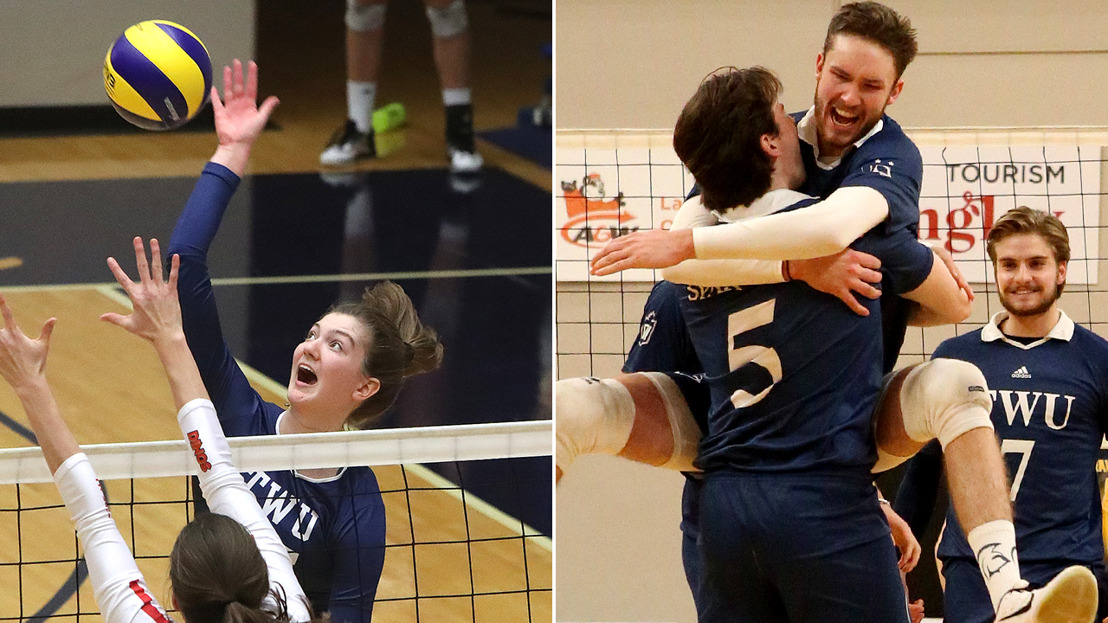 The conference season will open in Winnipeg with four matches scheduled for October 29-30. The Winnipeg Wesmen will host the Regina Cougars in women's action, while the Brandon Bobcats will take on the Wesmen on the men's side. The first full slate of conference play is set for November 4-6.

Fraser Valley is finally able to make its Canada West debut in volleyball in 2021-22. The Cascades men's and women's programs were set to join the conference in 2020-21 before the season was ultimately cancelled due to the COVID-19 pandemic. Fraser Valley will see its first Canada West action against the UBC Okanagan Heat November 5-6.

The Trinity Western Spartans men's and women's teams will begin their defence of their respective Canada West titles from 2019-20 when they open the season November 5-6 at home against the Thompson Rivers Wolfpack.

The Canada West season will conclude February 26, with a revised playoff structure in place to determine the 2021-22 champions. As announced by the conference May 5, alternate formats will be used in the 2021-22 season, which for volleyball includes a reduced schedule of 16 or 18 games and 12 teams advancing to the playoffs.

Fans looking to watch the action in 2021 Canada West TV presented by Co-op will be able to buy passes beginning in August when 2021-22 packages go on sale to the public.