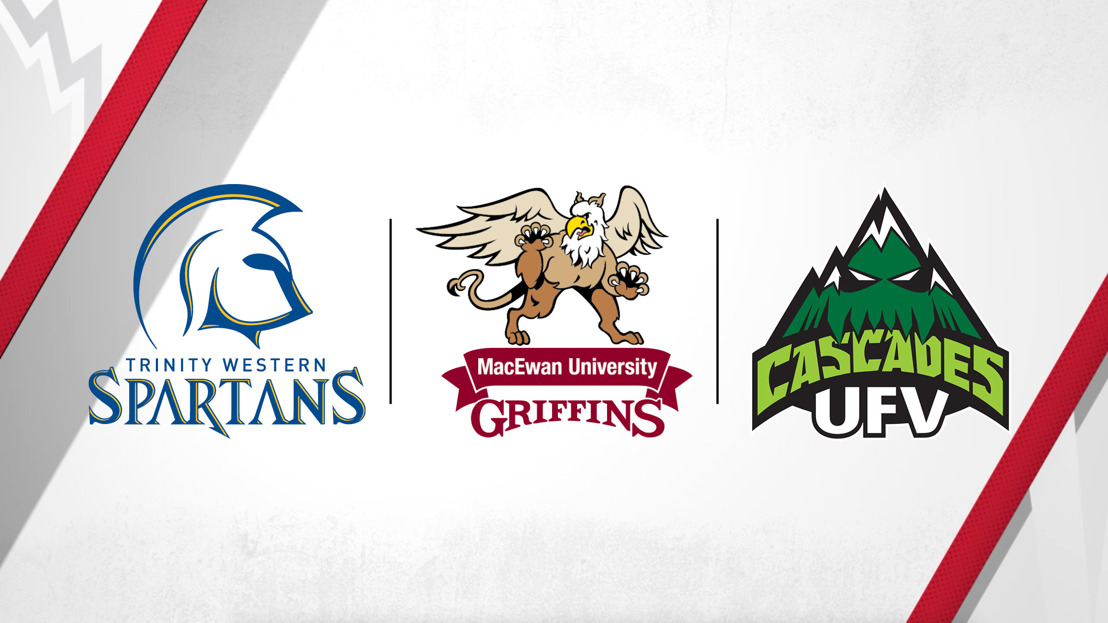 WHISTLER, B.C. – A new look is coming to Canada West hockey and volleyball, as the Trinity Western University Spartans and MacEwan University Griffins are set to join the conference in hockey, while the University of the Fraser Valley Cascades will add volleyball.

All three schools are bringing both their men's and women's programs to the CW level in their respective sports, beginning with the 2020-21 season.

The member's sport applications were approved Thursday after receiving a three-quarter vote of the existing members in each sport, during the final day of the Canada West AGM in Whistler, B.C..

"The addition of these new programs speaks directly to the quality of Canada West, and the value these institutions see in expanding their sport offerings. We'd like to thank the applying members for bringing forward thorough applications, which clearly indicated their continued institutional commitment to Canada West," said CW President Clint Hamilton.

"This is another sign that university sport across Western Canada is strong, and that providing additional academic, athletic, and leadership opportunities for student-athletes is important."

"I'd also like to thank our Membership Committee for all their hard work, and their dedication to ensuring the integrity of our process. Our existing members in each sport ultimately decided the outcome, affirming these members desire to expand their presence within Canada West."

TWU and MacEwan adding hockey will grow conference membership in the sport to 10 in both men's and women's play, following the upcoming season.

The addition of the Spartans and Griffins will mark the first conference expansion in hockey since the 2012-13 season, when the Mount Royal University Cougars played their first CW season.

Like MRU, MacEwan will join CW hockey after competing previously at the Alberta Colleges Athletic Conference (ACAC) level, where they have claimed the last three conference banners in both men's and women's play. Both teams will compete at the ACAC level during the upcoming 2019-20 season.

MacEwan first competed as a CW member in basketball, volleyball, soccer, and cross country in 2014-15.

TWU's men's team is set to join CW after competing in the British Columbia Intercollegiate Hockey League (BCIHL), where they have won the last two league titles, while the women's team will make the jump from the South Coast Female Hockey League (SCFHL).

Both programs will compete within their existing leagues this coming season, before making the jump to CW.

The Spartans first competed at the CW level in 1999-00, initially joining the conference in basketball, and volleyball.

In volleyball, UFV will join CW after competing in the Pacific Western Athletic Association (PACWEST), where the Cascades have played continuously since 2004 (previously competed between 1983-85).

UFV is set to become the 13th CW men's volleyball program, and the 14th women's program, marking the first expansion of conference volleyball since MacEwan in 2014-15.

The Cascades initially joined CW in basketball and soccer during the 2006-07 season.

In addition to the membership decisions, other important business covered at the CW AGM included: