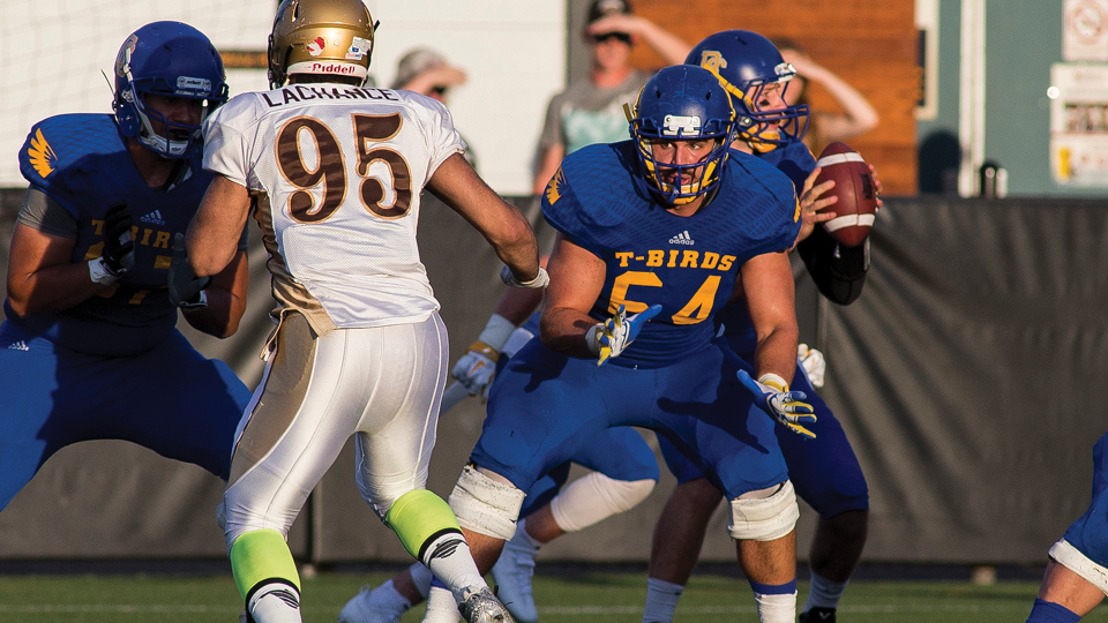 EDMONTON - Former UBC Thunderbird Dakoda Shepley is the Canada West Football Alum of the Month for July, after helping the Saskatchewan Roughriders to a 3-1 record.

The right guard started all four games for the Riders, who downed the Toronto Argonauts and then earned back-to-back wins over the B.C. Lions to conclude the month.

The CW Alum of the Month is awarded monthly during the CFL season, and acknowledges a CW player who is excelling in professional football.

Selected fifth overall by Saskatchewan in the 2018 CFL Draft, Shepley is in his first year with the Green and White after spending 2018 as a free agent, following an NFL training camp stint with the New York Jets.

While with the Jets, Shepley earned a taste of Hollywood, starring as Omega Red in the hit Deadpool 2.

Through just six career CFL games, Shepley has emerged as a key piece on the Riders' offensive line, starting five games. The Windsor, Ont. native is part of an o-line that is tied for the second fewest sacks against in the CFL this season with nine.

Before making the jump to pro football, Shepley spent four seasons as a Thunderbird, playing 32 games for UBC. He was part of the program's 2015 Hardy and Vanier Cup wins, and was also a conference all-star in 2017.

Shepley and the Riders are back in action tonight (Thursday, August 1), as they host the Hamilton Tiger-Cats beginning at 7:30 p.m. MDT.

Shepley is just one of the more than three dozen former CW players now playing professionally in the CFL this season.