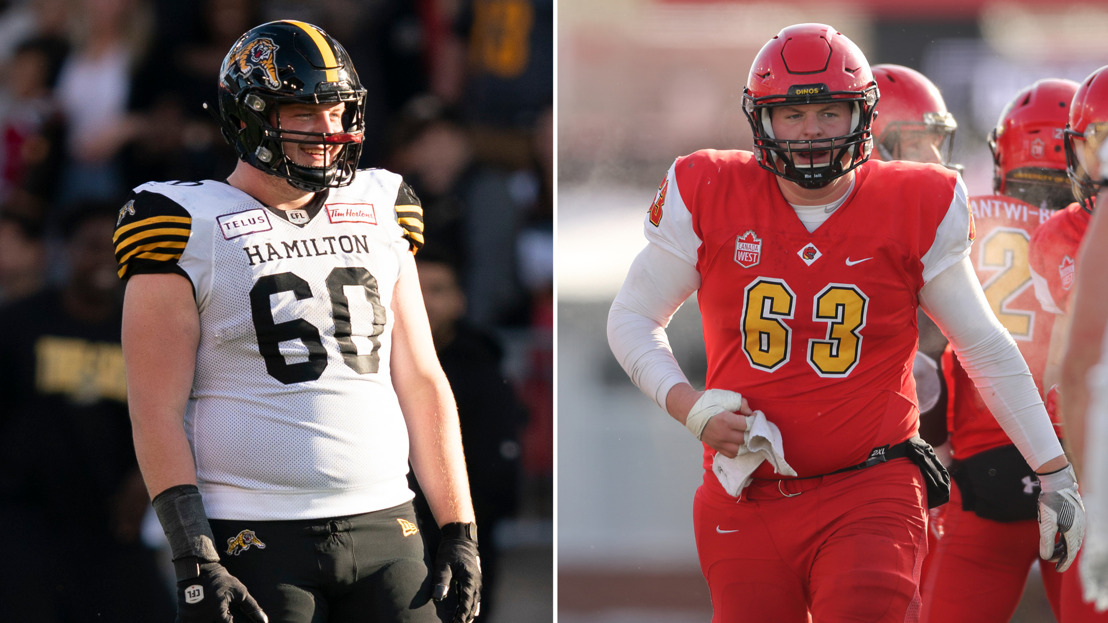 EDMONTON - Offensive lineman Darius Ciraco is the Canada West Football Alum of the Month for June.

The former Calgary Dino played a key role in the trenches for the Hamilton Tiger-Cats, during their 3-0 start to the 2019 Canadian Football League season. The right guard, who also saw time at centre last month, is the first Tiger-Cat to win the conference award, which has honoured a former CW player monthly since 2016.

Now in his second professional season, Ciraco was part of a Ti-Cats offensive line that allowed just one sack in the month of June, as Hamilton earned wins over Saskatchewan, Toronto, and Montreal.

Ciraco and company have made life relatively easy for quarterback Jermiah Masoli and the rest of the Ti-Cats offence, as the o-line laid the foundation for the CFL's highest scoring offence in June.

Hamilton leads the league with 128 points scored, which is 36 points more than the next closest team the Edmonton Eskimos, who have scored 92.

Ciraco was taken sixth overall by the Ti-Cats in the 2018 CFL Draft before going on to play 18 games last season as a rookie.

The East Division leading Tiger-Cats return to the gridiron Thursday night in Montreal, where they'll take on the Alouettes (5:30 p.m. MDT).

Ciraco is just one of the more than three dozen former CW players now playing professionally in the CFL this season.