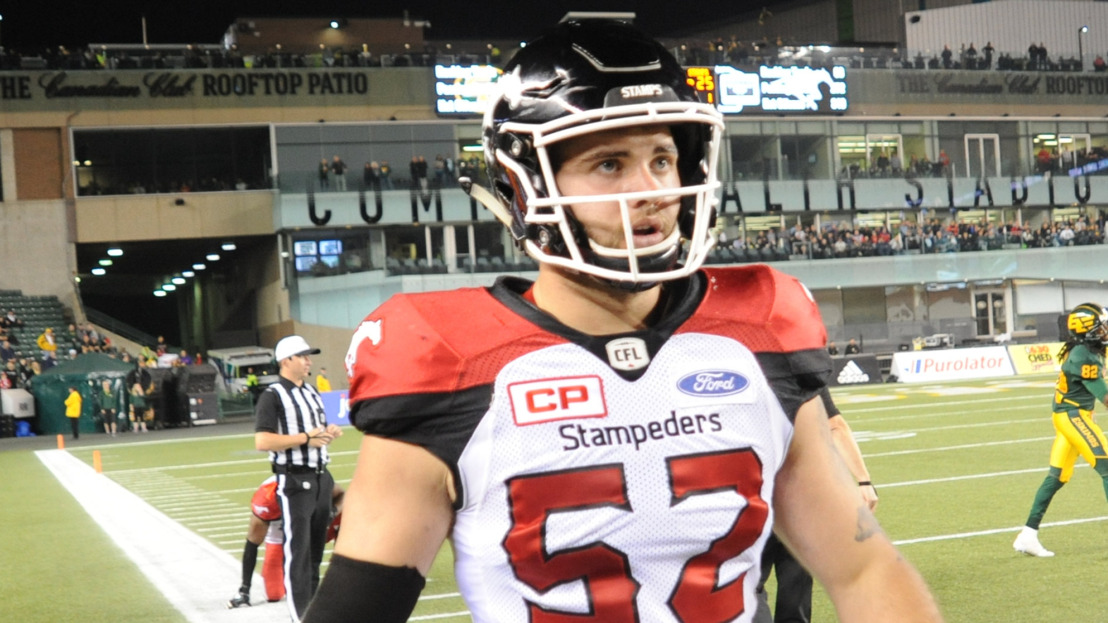 The former UBC Thunderbird made an impact for the Calgary Stampeders last month, as they captured the 106th Grey Cup in Edmonton with a 27-16 win over the Ottawa REDBLACKS.

Jones’ biggest play of the season came in the fourth quarter of the CFL’s championship game, as the Stamps linebacker forced a punt fumble, helping Calgary pad their lead with a field goal.

The forced fumble proved key for Calgary, as they won their eighth Grey Cup in franchise history and first since 2014.

Jones was one of seven Canada West grads on the Stamps, who were also joined by special teams coach Mark Kilam, and running backs coach Marc Mueller.

A Mississauga, Ont. native, Jones played five full seasons of Canada West football at UBC, and was part of the Thunderbirds Hardy and Vanier Cup winning season in 2015.

Fans can see the future of the CFL by watching every Canada West football regular season and playoff game on Canada West TV – the official streaming home of the conference.

Be sure to watch the Canada West Football Showcase next season, as it returns to SaskTel maxTV in the province of Saskatchewan, TELUS Optik TV in British Columbia and Alberta, and Bell MTS Fibe TV in Manitoba.

Keep tabs on the next crop of CW players headed to the CFL with coverage leading up to next spring's CFL Draft on CanadaWest.org.