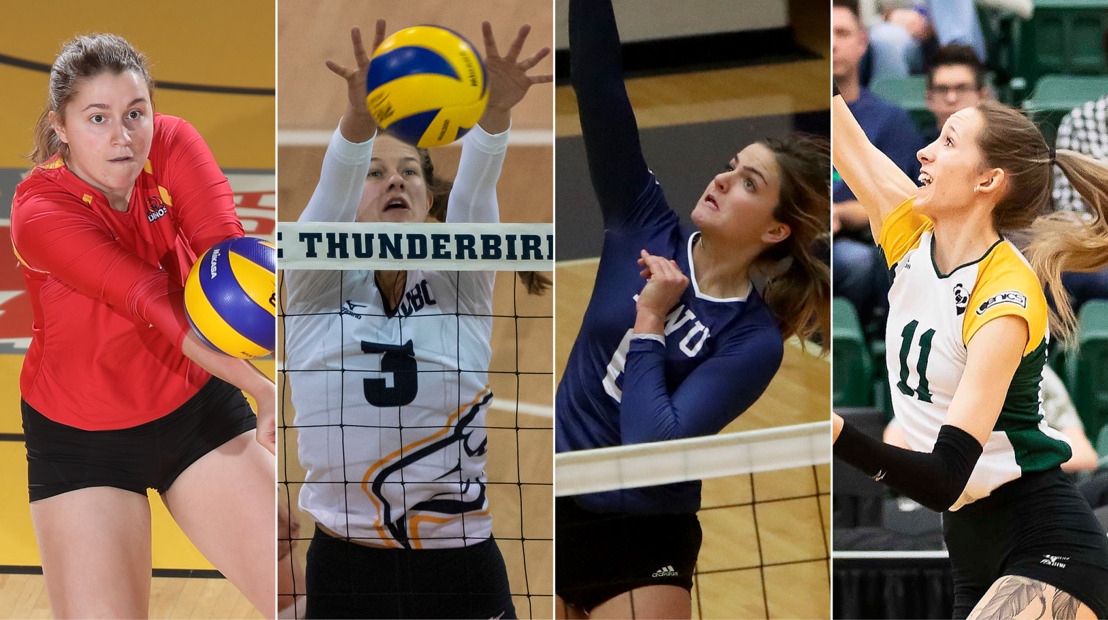 EDMONTON – The parity in Canada West women’s volleyball was on full display Tuesday, as the conference unveiled the 2018-19 all-star and all-rookie teams.

Six different teams landed a player on the conference’s seven-player first all-star team, while a total of 11 teams had at least one player honoured by Canada West’s 13 women’s volleyball head coaches, who selected the squads.

The lone team to land multiple first team all-stars was the Calgary Dinos, as the defending CW champions had Kate Pexman (outside hitter), and Beth Vinnell (middle) earn spots.

Among the other players to highlight the first team were UBC’s Kiera Van Ryk (OH), and Alberta’s Kory White (OH). The pair finished first and second respectively this season in kills per set, with Van Ryk averaging 4.52 and White 4.45.

On the all-rookie team, the UBC Okanagan Heat were the lone team to have multiple players honoured, as Sydney Grills (OH), and Jade Bussard (OH) earned a spot on the team.

Grills and Bussard were part of a stellar recruiting class for the Heat, who are looking to build their roster back into a contender after a down season.

You can watch a combined dozen all-stars and all-rookies in action this weekend, as UBC and Calgary go head-to-head in one CW semifinal, while Alberta and Trinity Western play in the other.

The conference’s major award winners will be unveiled Tuesday, March 5, ahead of next weekend’s CW Championship Game.