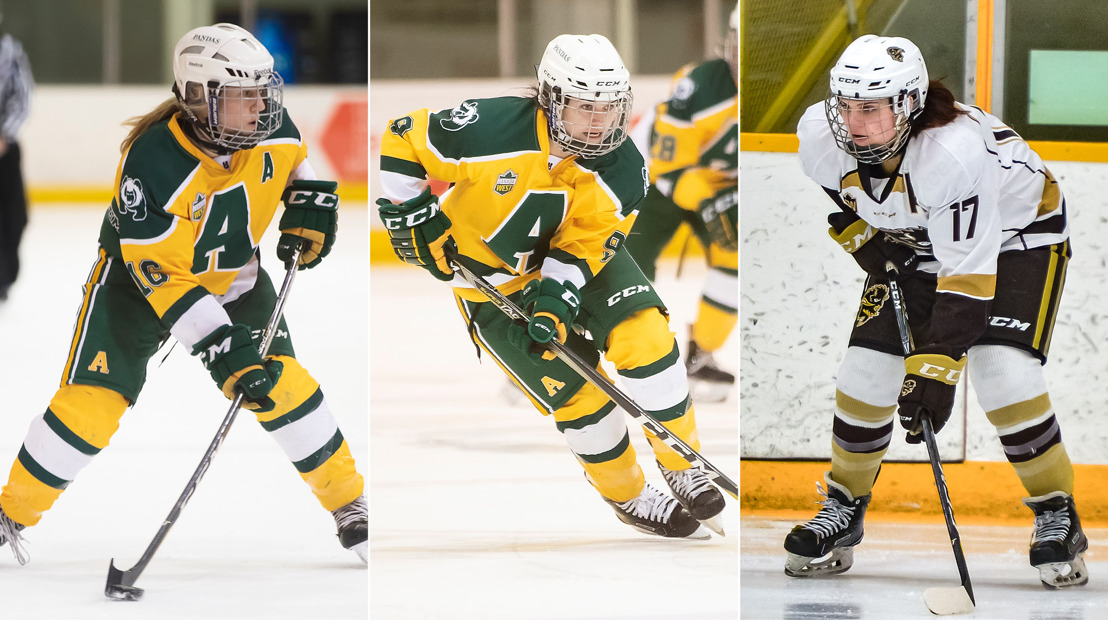 EDMONTON – A trio of familiar faces are back on the Canada West women's hockey's first all-star team, which was unveiled Wednesday.

Alberta Pandas Alex Poznikoff (F) and Autumn MacDougall (F), along with Manitoba Bison Erica Rieder (D) were named to the conference's top team, as the trio were the only players from the 2017-18 first team to repeat.

For both MacDougall and Rieder it marked their second straight first team honour, while Poznikoff has now been a conference first team all-star three straight seasons. She was also an all-rookie during the 2015-16 season.

Along with Rieder, the Bisons had forward Lauryn Keen named to the top team, which also featured UBC goalie Tory Micklash, and Saskatchewan defender Leah Bohlken.

In terms of rookie representation, the Mount Royal Cougars seem well-positioned for the future, landing three players on the all-rookie team.

Trotter led all rookies in scoring this season, registering nine goals and 11 assists to finish fifth in the conference scoring race with 20 points.

She'll be vying for the conference's rookie of the year award, which will be announced on Wednesday, February 27, along with the rest of the CW major awards.

All conference playoff action can be seen exclusively on Canada West TV.