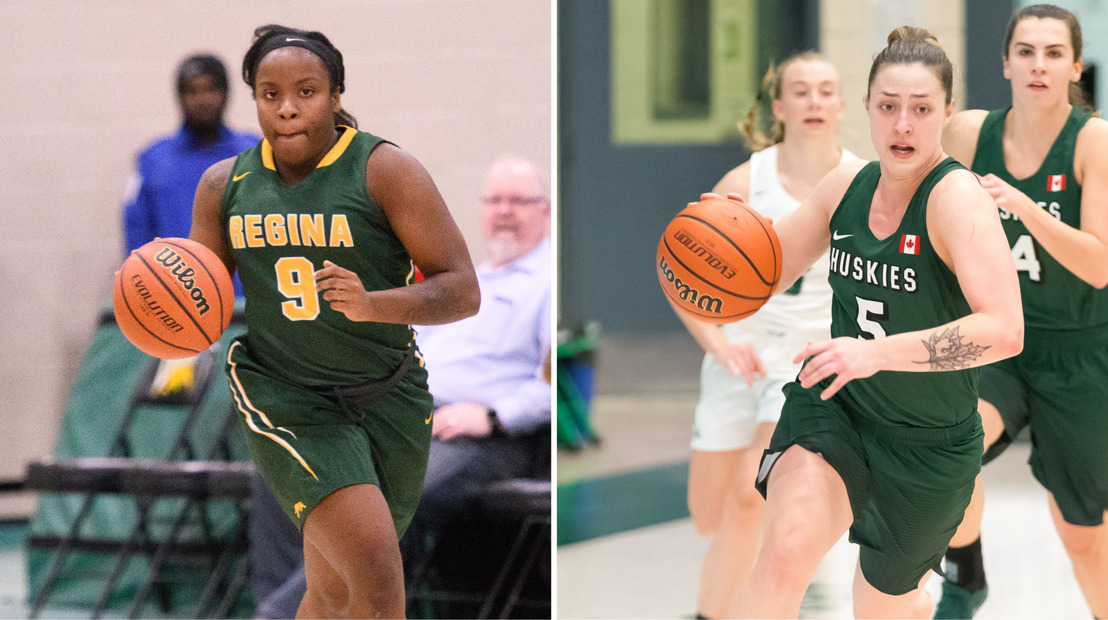 EDMONTON – Talent from the province of Manitoba, along with a pair of international talents, can now call themselves Canada West women's basketball first team all-stars.

The conference unveiled it's three all-star teams Thursday, along with its all-rookie squad, ahead of this weekend's best-of-three conference semifinals. Those series both open Thursday when the Saskatchewan Huskies host the Lethbridge Pronghorns, and the Calgary Dinos host the Regina Cougars.

Leading the all-star charge on the first team was the province of Manitoba, as three products of the Keystone Province were named to the top team by the conference's 17 head coaches, who selected the all-star and all-rookies.

Keylyn Filewich (UBC), Kyanna Giles (Regina), and Faith Hezekiah (Winnipeg) all hail from Manitoba, which was the only province represented on the top CW team.

In terms of team representation, the Saskatchewan Huskies and UBC Thunderbirds tied for the most honourees, with two players earning all-star status, along with one all-rookie apiece.

The conference's top individual honours will be announced on Thursday, February 28, when Canada West's six major award winners will be released.

You can watch some of the conference's top talent in action this weekend, as Saskatchewan hosts Lethbridge in one conference semi, while Calgary and Regina go head-to-head in the other.

All games in the best-of-three series can be seen live on Canada West TV.