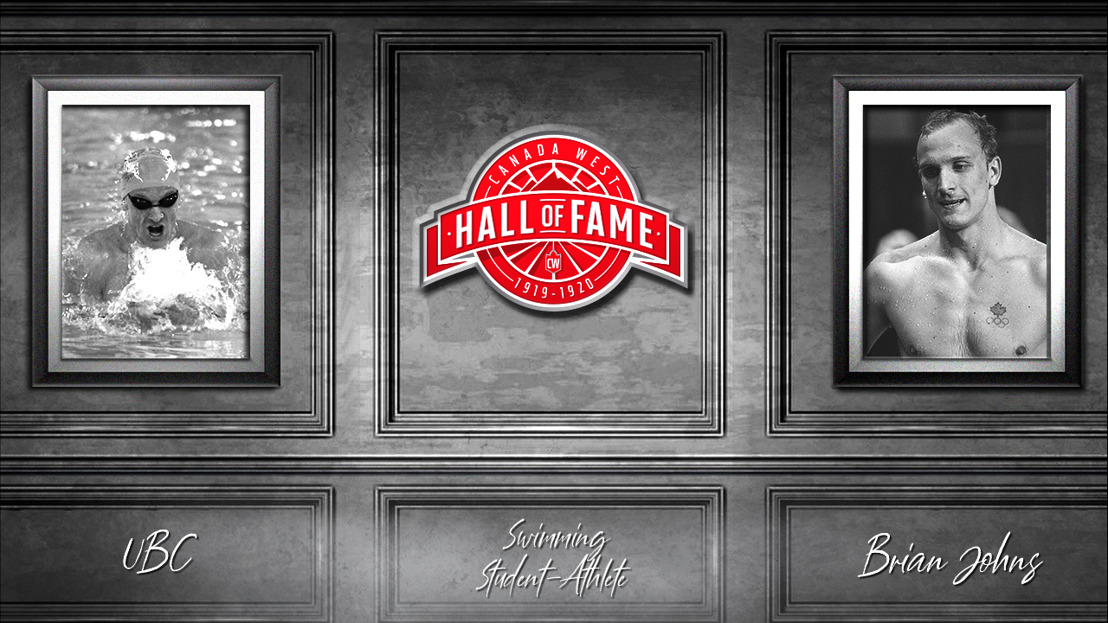 VANCOUVER - Brian Johns was as close to perfect in a university pool as you can come, winning 33 of the 34 races he competed in while at UBC during the early 2000s.

Johns was named Wednesday as the latest inductee in the Canada West Hall of Fame.

Part of UBC's swimming dynasty, the individual medley standout was a star for the Thunderbirds beginning in 2001. A three-time CIS Male Swimmer of the Year (2002, 2003, 2007), Johns won every race but one while at UBC. He was the 2002 BLG Award winner as Canada's top male student-athlete.

Internationally, Johns was a three-time Olympian, making his debut at the Games as an 18-year-old at the Sydney Games in 2000, before going on to represent Canada at the 2004 Games in Athens, and then 2008 in Beijing.