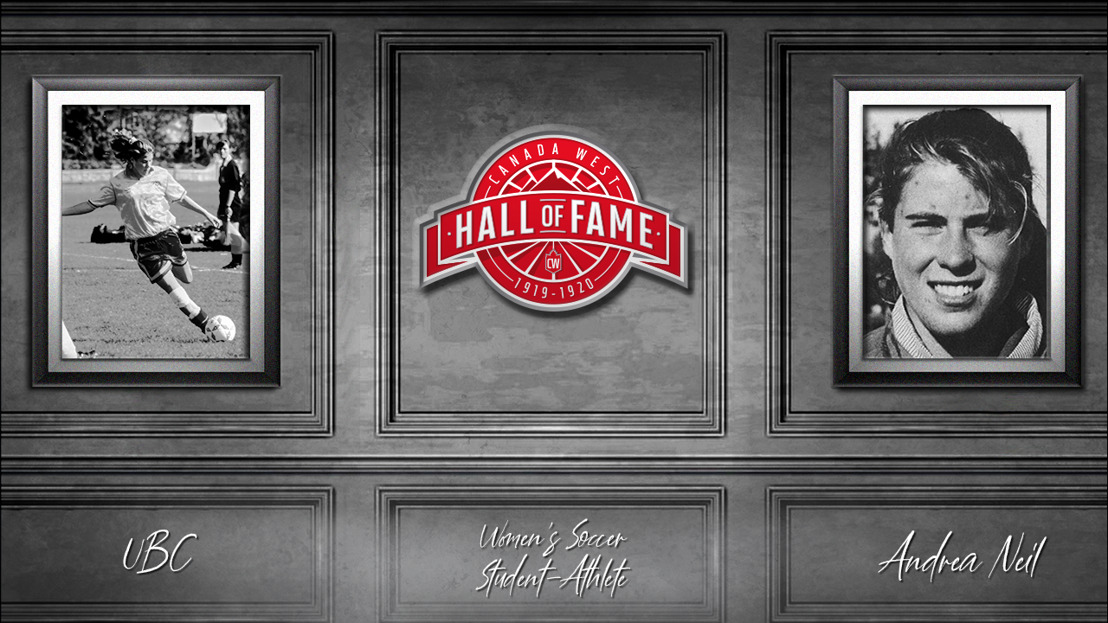 EDMONTON – UBC's Andrea Neil is the latest inductee in the Canada West Hall of Fame.

The 17-year veteran of the Canadian national team and four-time conference all-star was honoured Wednesday by the conference, as the latest member of the 2020-21 induction class.

Neil, who was part of four Canada West titles while at UBC, provided one of the most remarkable performances in T-Birds history at the 1993 national tournament. With stress fractures in both legs, Neil scored the lone goal in UBC's 1-0 win over McGill in the national semifinal. UBC would go onto down Dalhousie in the national final.

A successful pro career with the Vancouver Whitecaps of the W-League, along with four World Cup appearances for Canada followed Neil's time at UBC. Her outstanding contributions to women's soccer have led to many honours, including induction into Canada's Sports Hall of Fame in 2011.