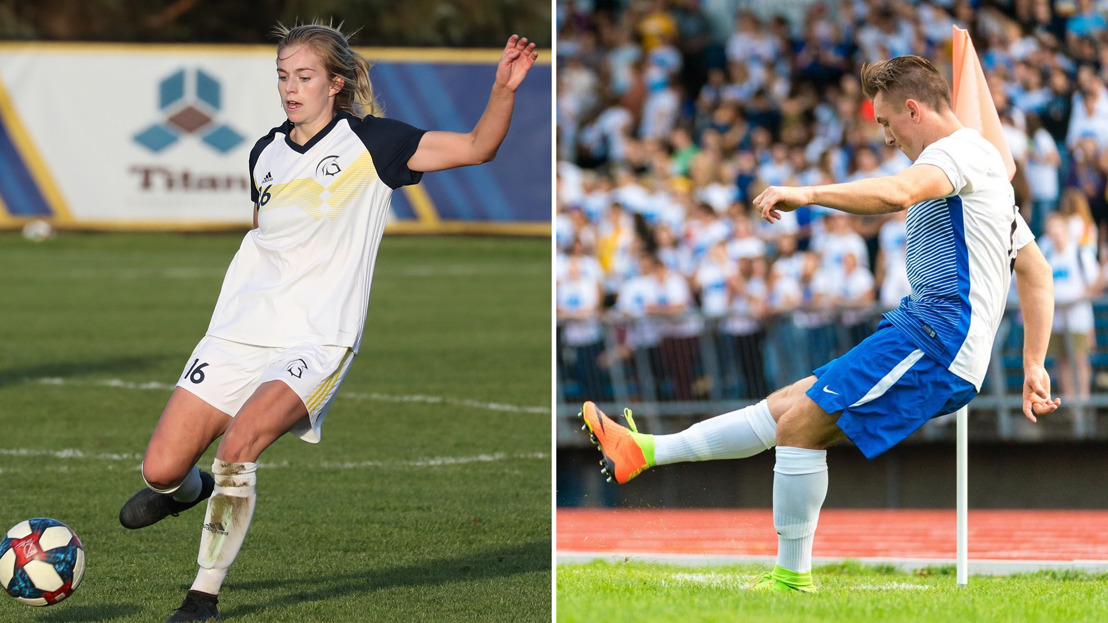 EDMONTON - With the Canada West Soccer Final Fours set for this weekend, the conference unveiled its major award winners Wednesday.

The pair both led the conference in points this season, with Robertson tallying 19, while Koch had 17.

Robertson was prolific in the goal-scoring department, registering 14 markers from the midfield position. That set a new TWU record and is tied for the second most in a single season, two back of Janine Frazao record of 16 set in 2011 with UBC.

The conference's Final Fours are set for Friday (semifinals) and Saturday (medal games) this week, as the MacEwan Griffins host the women's Final Four, while the UBC Thunderbirds host the men's event. All games can be seen live on Canada West TV Presented by Co-op.

For a complete list of the 2019 Canada West soccer award winners please see the list below, and to read more about the winners click the respective headers.