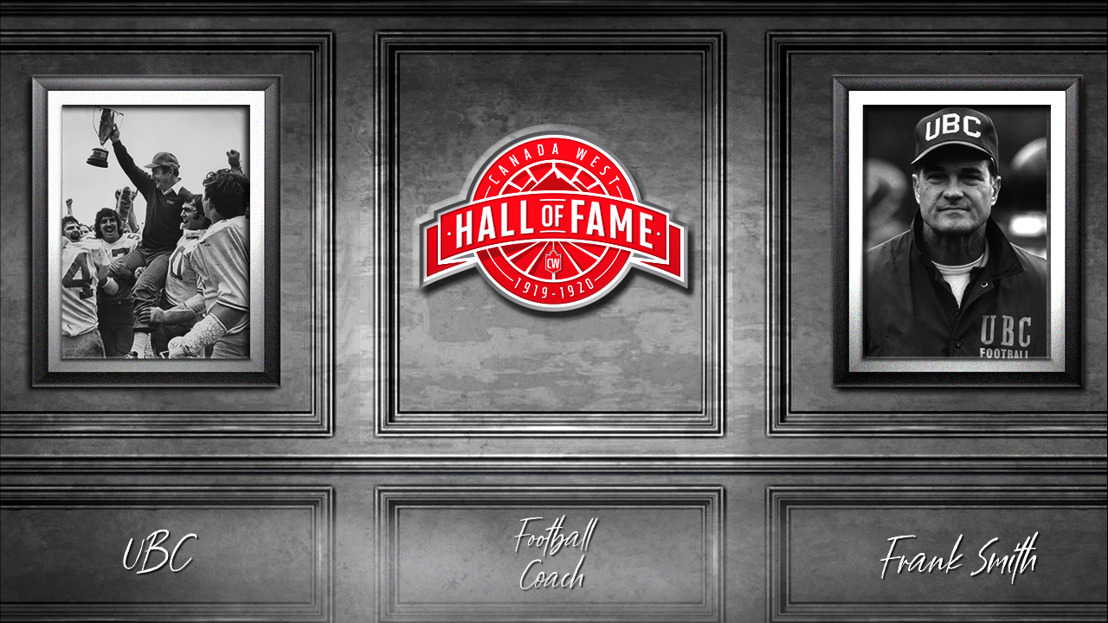 EDMONTON – Over 21 years at UBC, Frank Smith re-established the Thunderbirds as a gridiron power.

The legendary coach took over the T-Birds in 1974, starting a two-decade journey that would yield five Hardy Cup championships and a pair of Vanier Cup titles.

When he left UBC in 1994, Smith did so with 126 career wins, having sent nearly four dozen players to the Canadian Football League.

In 2019, Smith's legendary career was honoured through his induction in the Canadian Football Hall of Fame.