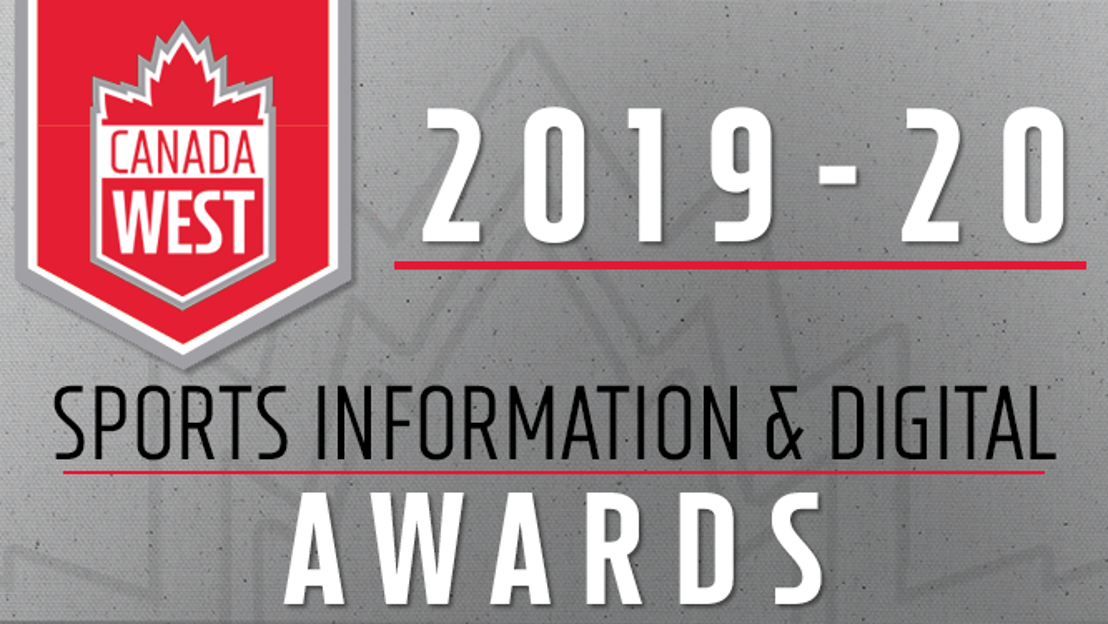 EDMONTON – Four Canada West schools were honoured Friday for outstanding work in the areas of sports information and digital storytelling, as the conference's Sports Information & Digital Awards were announced.

Now in their second year, the awards honour the individuals who tirelessly work to showcase university sport through coverage of outstanding coaches, student-athletes, and staff.

Canada West's 17 sports information directors selected the winners ahead of the conference's annual sports info meetings, which were held digitally earlier this week due to the ongoing COVID-19 pandemic.

Abney's story entitled "What a Journey": Michael Henman's life with mental illness was acknowledged by Canada West sports information directors as the Top Feature Story of 2019-20.

Earlier this year Abney received the grand gold for writing at the Council of Advancement and Support of Education (CASE) District VIII awards, acknowledging the work that went into telling Henman's important story.

Josh Schaefer of GetMyPhoto.ca has been a constant at Huskie games for years.

The veteran Saskatoon photographer has been honoured with the CW Photo of the Year after capturing Saskatchewan's flame-fuelled entrance into Griffiths Stadium at the team's home opener September 6, 2019 in front of more than 6,200 fans.

It was meant to be a national tournament more than four decades in the making, and while the 2020 U SPORTS Men's Volleyball Championship didn't proceed due to COVID-19, the hype video produced for the event was nothing short of stellar.

Using the voice of former Bisons standout Bernie Plett, Manitoba told the story of the tournament returning to campus for the first time in 44 years, calling on the success of the program and its legendary head coach Garth Pischke, who retired at the end of the 2019-20 season.

Pischke spent 38 years coaching at Manitoba, leading the program to nine national titles, with the video weaving the story of his coaching dominance into a stirring visual experience, including imagery of the Manitoba capital and the province's iconic bisons.

After picking up both Top Feature Story and Photo of the Year in 2019, the University of Calgary can add Top Social Campaign to their list of sports info and digital award wins.

The Dinos' behind-the-scenes looks at the people and stories that make their programs unique was voted as the conference's best social media campaign of the season.

The team of Lance Doucet, Ben Matchett, Ned Bosnak, and Brent Stephen worked on the cross-platform masterpieces, which were rolled out on social media, but also used in-venue on video boards, along with Calgary's webcasts on Canada West TV Presented by Co-op.

The 16-part video series was a hit for the Dinos, with the average number of views per video being more than 6,300.