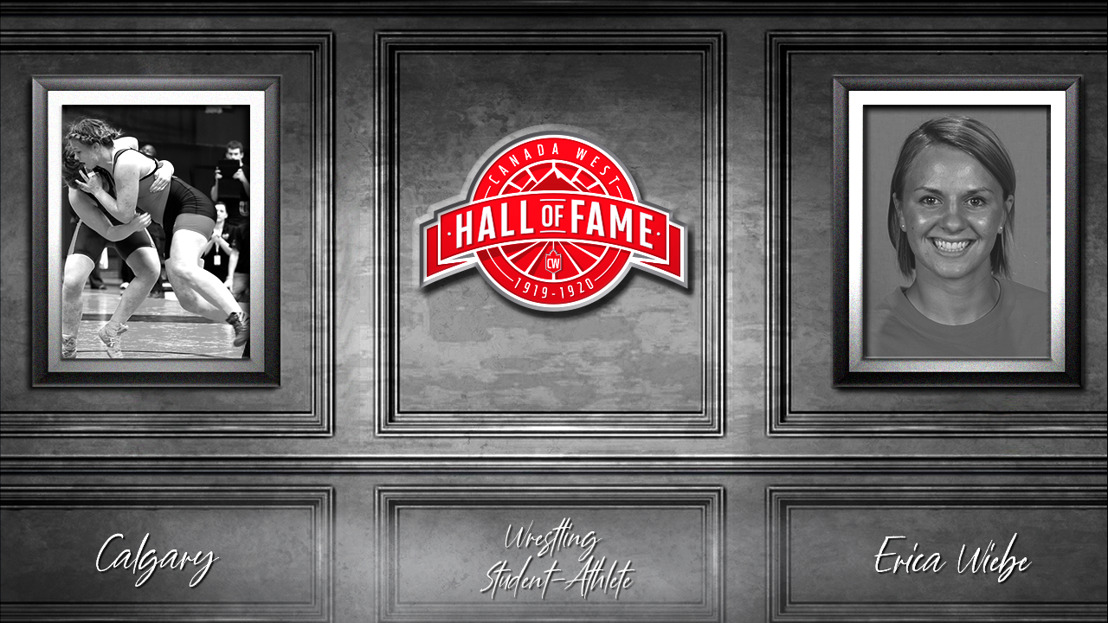 VANCOUVER – From not making the varsity team during her rookie year at the University of Calgary, to Olympic champion, Erica Wiebe’s hall of fame story is an inspiring one.

The 2016 Olympic gold medallist was announced Tuesday as the latest inductee in the Canada West Hall of Fame.

A five-year student-athlete with the Dinos wrestling team between 2007 and 2012, Wiebe was a three-time CIS gold medalist as a student-athlete, helping the Dinos to three conference titles and a national championship.

The gold medalist in the 75 kilogram division at the 2016 Rio Olympics, Wiebe is also a two-time Commonwealth Games champion, and in 2018 captured bronze at the World Wrestling Championships.

In addition to her dedication to wrestling, Wiebe is also active in giving back to the next generation through her work with Fast and Female, as well as Right to Play.