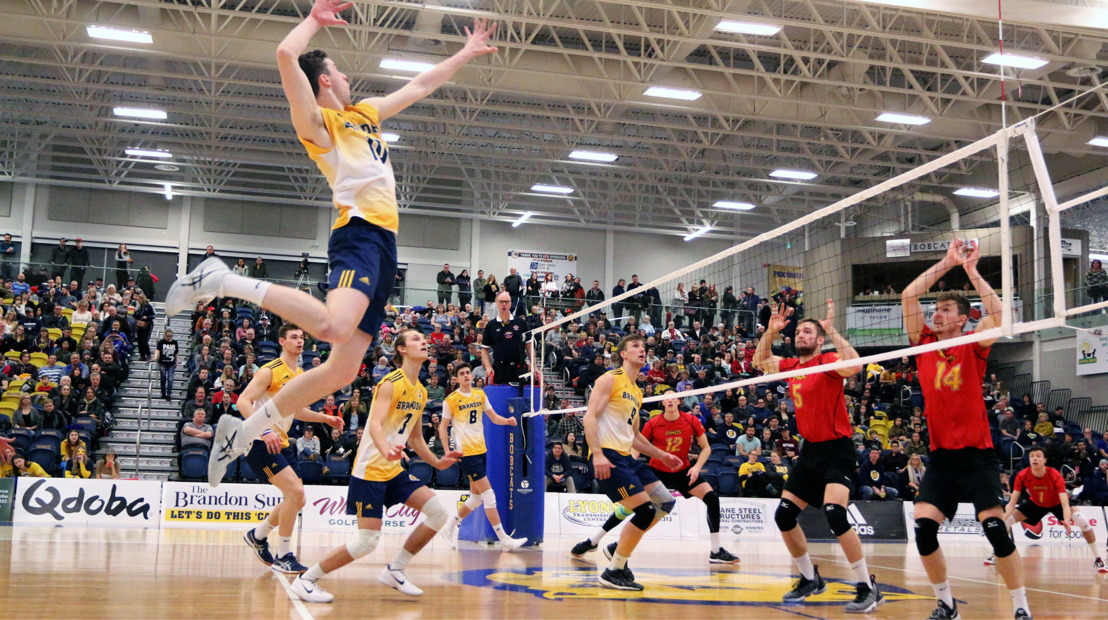 EDMONTON – With the Canada West men’s volleyball semifinals set for this weekend, the conference unveiled the 2018-19 all-star and all-rookie teams Tuesday.

The Brandon Bobcats, who topped the conference standings during the regular season with a 20-2 record, led the charge with four players honoured by the conference’s 12 men’s volleyball coaches, who selected the teams.

The Bobcats, who host the Mount Royal Cougars this weekend, are riding an 18-game winning streak after winning their final 16 regular season games, which they followed up with a quarter-final sweep of the Calgary Dinos last weekend.

Along with Brandon and MRU, the Trinity Western Spartans and Thompson Rivers WolfPack are in action this weekend in the other conference semifinal.

A total of 11 all-stars or all-rookies will take to the court for the best-of-three series, which open Thursday night in Brandon, Man. and Langley, B.C.

The winners of this weekend’s semifinals advance to next weekend’s CW Championship Game, and earn automatic berths to the U SPORTS national tournament March 14-17 at Université Laval.

The conference’s major award winners will be unveiled Tuesday, March 5.

You can watch every CW men’s volleyball playoff game by tuning into Canada West TV.