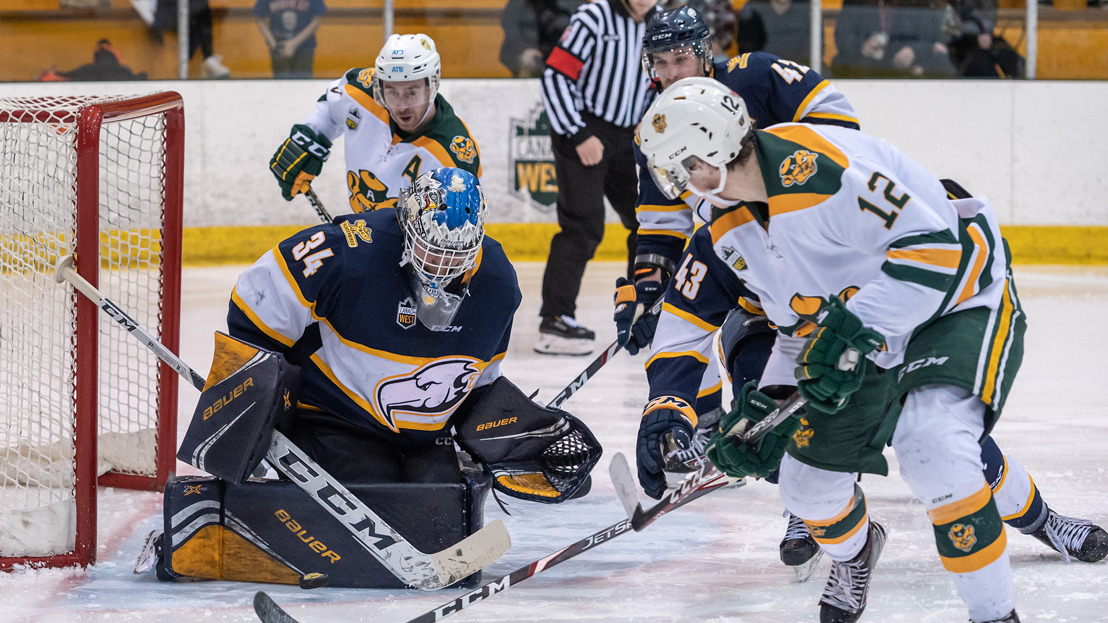 EDMONTON – Former Seattle Thunderbird Rylan Toth has been named the WHL Graduate of the Month for February after leading the UBC Thunderbirds to their first Canada West Final appearance in more than 40 years.

Toth, who spent three full seasons in the WHL between 2014 and 2017, earns the monthly honour after posting a combined .907 save percentage and 2.91 goals against average through three regular season and eight CW playoff games last month.

The third-year Arts student opened the playoffs with a quarter-final series win over Mount Royal, but made his biggest mark in the CW semifinals, as he guided the T-Birds to an upset of the first-place Alberta Golden Bears.

Toth stopped a combined 91 shots in Game 1 and 3 wins against Alberta, as the T-Birds became just the second No. 5 seed to advance to the CW Final in conference history. The series win punched UBC's ticket to the conference championship series for the first time since 1978 and also clinched a return to the University Cup for the first time since 1977.

Despite a setback in the CW Final to the Saskatchewan Huskies, Toth's clutch playoff performance earned him the respect of CW coaches, who select the WHL Grad of the Month.

Following his outstanding CW playoff run, Toth and the T-Birds were unable to continue their historic season into March, as the U Cup in Halifax was cancelled prior to UBC's quarter-final matchup against New Brunswick due to COVID-19.

Toth is the first Thunderbird to win the honour since fellow goalie Matt Hewitt, who claimed the award back in January of 2018.