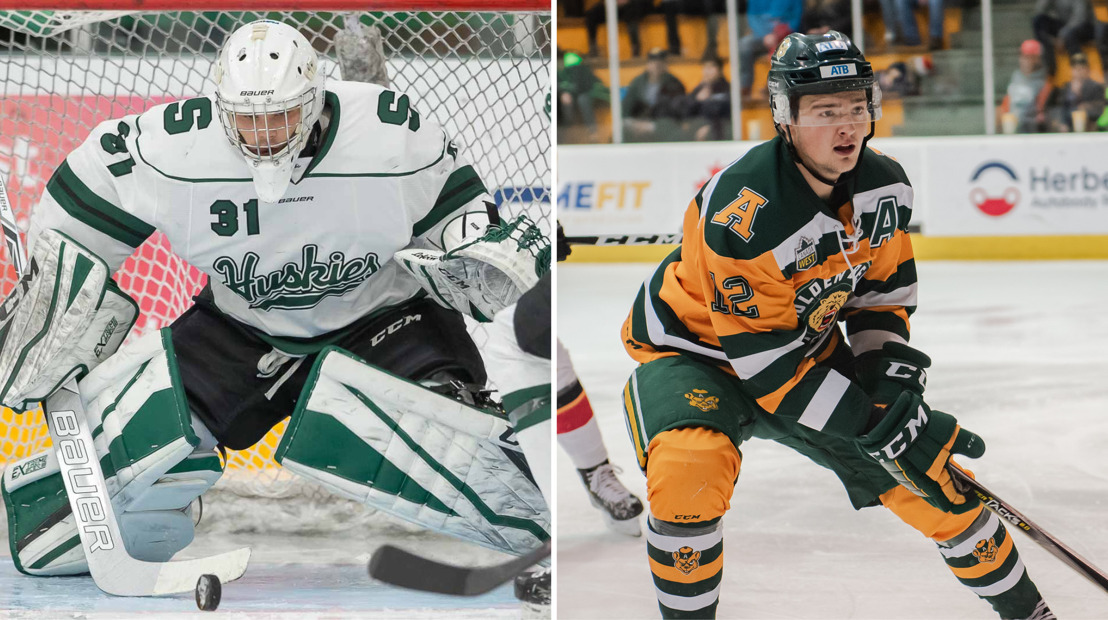 EDMONTON – A combined 11 Saskatchewan Huskies and Alberta Golden Bears were honoured Wednesday by Canada West, as the conference's men's hockey all-stars and all-rookies were unveiled.

Once again, Western Hockey League (WHL) graduates formed the foundation for the Canada West selections, as 16 of the 18 total players selected are products of the major junior league.

Leading the way in terms of selections were the Golden Bears, who had six players acknowledged, while the Huskies were a close second with five. Both teams return to action this weekend after first round byes, as Alberta hosts the Calgary Dinos, while Saskatchewan welcomes the Mount Royal Cougars.

The first-place Huskies had three players named conference first teamers, while the Bears had a pair.

The only player stopping a Sask-Alta first team sweep was Calgary Dino Riley Sheen, who used a 34-point season to earn a first team spot at forward.

Among the most interesting ballot battles decided by the conference's eight men's hockey head coaches, who selected the winners, was at the goaltending position.

Saskatchewan's Taran Kozun edged out Zach Sawchenko for the first team spot. The pair were undoubtedly the conference's best between the pipes this season, tying for the best save percentage in the conference at .926. The pair also set a new conference record for shutouts in a single season, both registering five perfect nights.

In terms of the all-rookie team, the future is bright for the conference's Calgary-based schools, as both the Dinos and their crosstown rivals the Mount Royal Cougars had a pair of first-year players honoured.

Among the players named all-rookies was MRU netminder Riley Morris. The former Okotoks Oiler finished third in conference save percentage at .919, as the first-year goalie earned 10 wins in 19 games played.

The conference major awards will be announced on Wednesday, February 27 in advance of the CW Final, which gets underway Friday, March 1.

You can watch all the CW playoff action by tuning into Canada West TV.