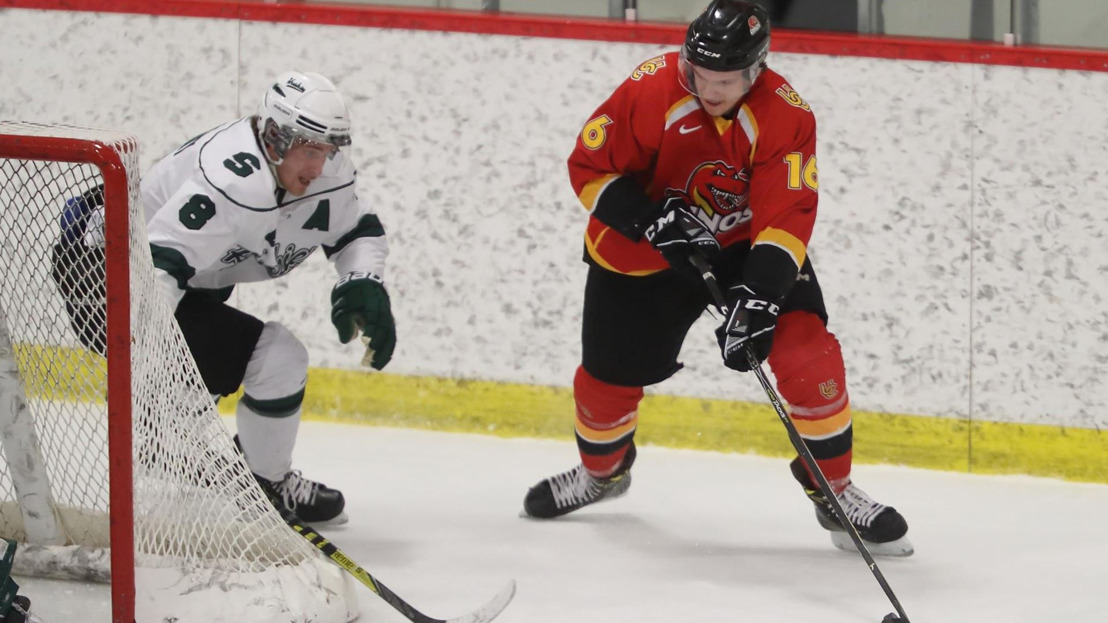 EDMONTON – Matt Alfaro's stellar start to the season was acknowledged Wednesday, as the Calgary Dino was named the Canada West-WHL First Half Top Performer.

The honour is awarded annually in December to the top WHL graduate from the first semester of the Canada West season.

Through 16 games, Alfaro leads the conference in scoring with 26 points (12G-14A). His dozen goals are tops in CW, while his assist total is second in the conference.

This marks the second time this season Alfaro has been honoured by Canada West and the WHL, as the former Lethbridge Hurricane was named the WHL Graduate of the Month for October after registering 17 points (8G-9A).

So far this season, Alfaro has been the driving force behind Calgary's offence, as the third-year forward has been held off the scoresheet just twice, while recording multiple points in eight games.

It's been a semester to remember for the four-year WHL veteran who wrapped up his major junior career in 2016-17 with the Hurricanes. Alfaro has already surpassed his point total from a year ago when he registered 20 points (6G-14A).

Alfaro and the Dinos resume conference play January 3 when they travel to Vancouver to take on the UBC Thunderbirds, as Calgary continues to pursue a top two finish in the Canada West standings.

You can watch Alfaro and more than 100 other WHL graduates in the New Year by tuning into Canada West TV Presented by Co-op.