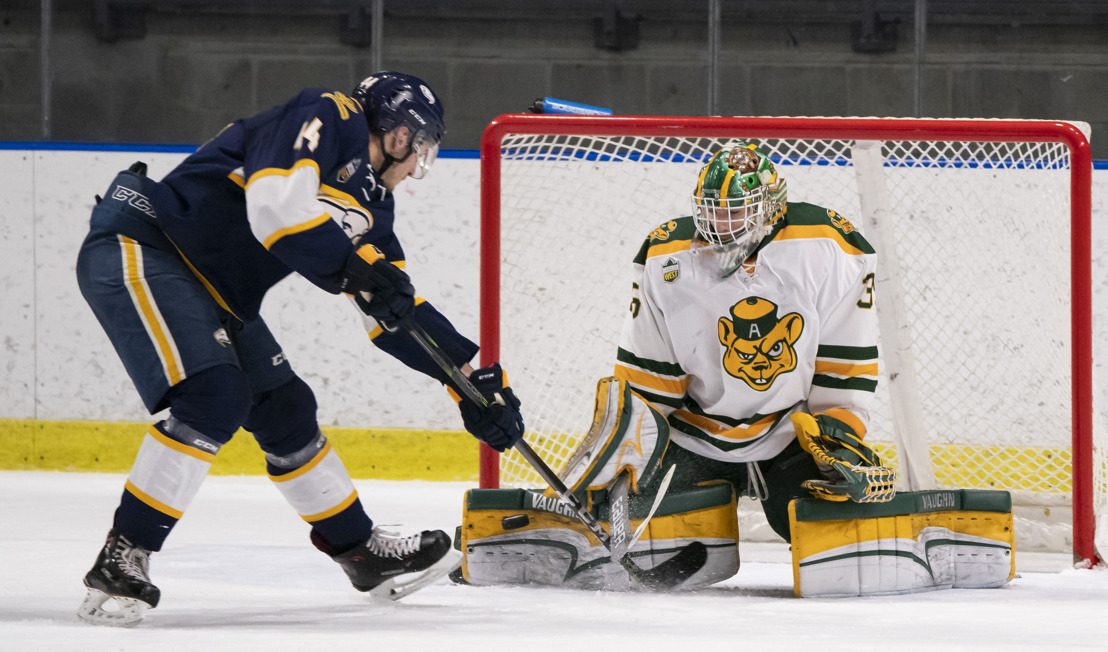 EDMONTON – Alberta Golden Bears goaltender Zach Sawchenko is the Western Hockey League Graduate of the Month for January after posting a perfect 5-0-0 record over the month.

The second-year product of Calgary, Alta. becomes the second Alberta player this season to be honoured by Canada West and the WHL, after teammate and conference leading scorer Luke Philp was named the CW-WHL First Half Top Performer back in December.

Sawchenko, who spent four seasons with the Moose Jaw Warriors before joining the Bears, currently sits first in Canada West with a sparkling 1.57 GAA, and is second in both wins (14), and save percentage (.921).

Over the month of January, Sawchenko stopped 88 of the 92 shots he faced, recording a pair of shutouts along the way. Through 17 games played this season, Sawchenko has four shutouts, which is tied for the conference lead with Saskatchewan's Taran Kozun and Calgary's Matthew Greenfield. The trio are also tied for the CW single-season record, along with six other goalies.

This is just the latest honour for Sawchenko thanks to his stellar start to 2019, as the Business student was also named the CW first star of the week for the period ending January 13th.

A two-time WHL all-star, Sawchenko has played a key role in Alberta's current 16-0-1 streak, which has the Bears just a single point back of the Saskatchewan Huskies for top spot in the conference standings.

Alberta is at home this weekend to the Lethbridge Pronghorns, before wrapping up the CW regular season next weekend with a home-and-home against the Calgary Dinos.