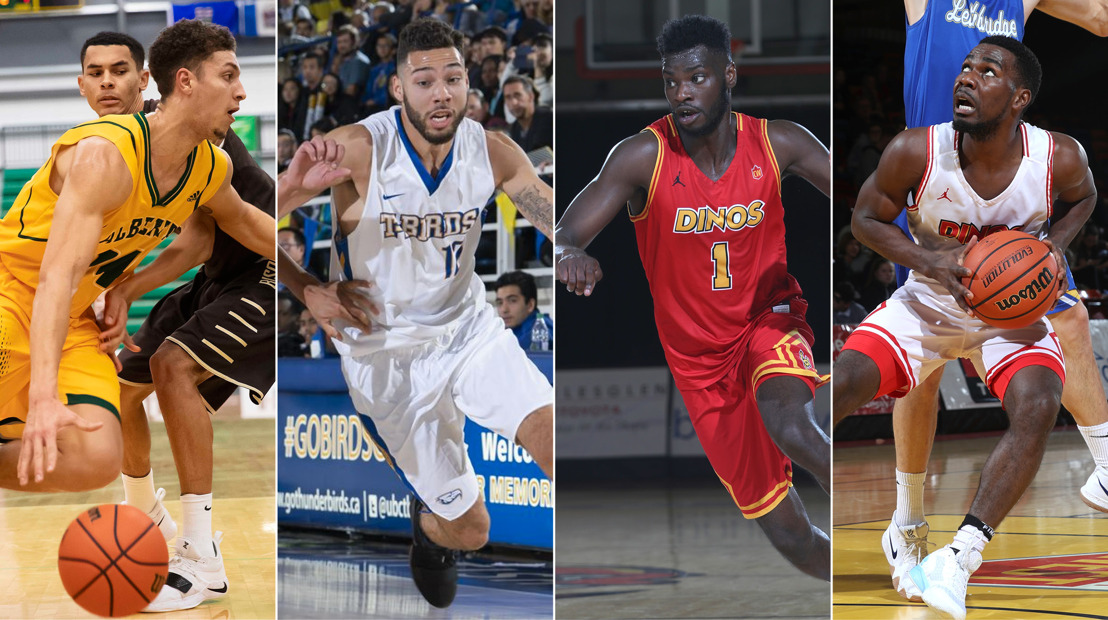 EDMONTON – A total of nine players set to compete in this weekend's Canada West men's basketball semifinals were named all-stars, or all-rookies Thursday.

The conference unveiled its three all-star teams and lone all-rookie squad, as the best-of-three CW semifinals are set to open Thursday when the undefeated Calgary Dinos host the Saskatchewan Huskies. The other semifinal featuring the Alberta Golden Bears and UBC Thunderbirds opens Friday night in Edmonton.

All of the games can been seen exclusively on Canada West TV.

On the first all-star squad, Calgary's Mambi Diawara and David Kapinga were acknowledged for helping drive the Dinos to a perfect 20-0 regular season. The pair were instrumental in last year's Canada West and U SPORTS championship runs.

Also earning a spot on the top team from the conference's 17 men's basketball head coaches, who selected the all-star and all-rookie teams, were Alberta's Brody Clarke, UBC's Jadon Cohee, and Lethbridge's Zac Overwater.

Clarke and Cohee go head-to-head this weekend, as they each look to punch their team's place in the CW championship game and a spot at the U SPORTS Final 8 in Halifax March 8-10.

In addition to the first teamers, an additional three all-stars and two all-rookies will also take the court this weekend in the conference semis.

All told, 13 of the conference's 17 teams earned representation on at least one of the four teams.

The conference's major award winners will be unveiled on Thursday, February 28.