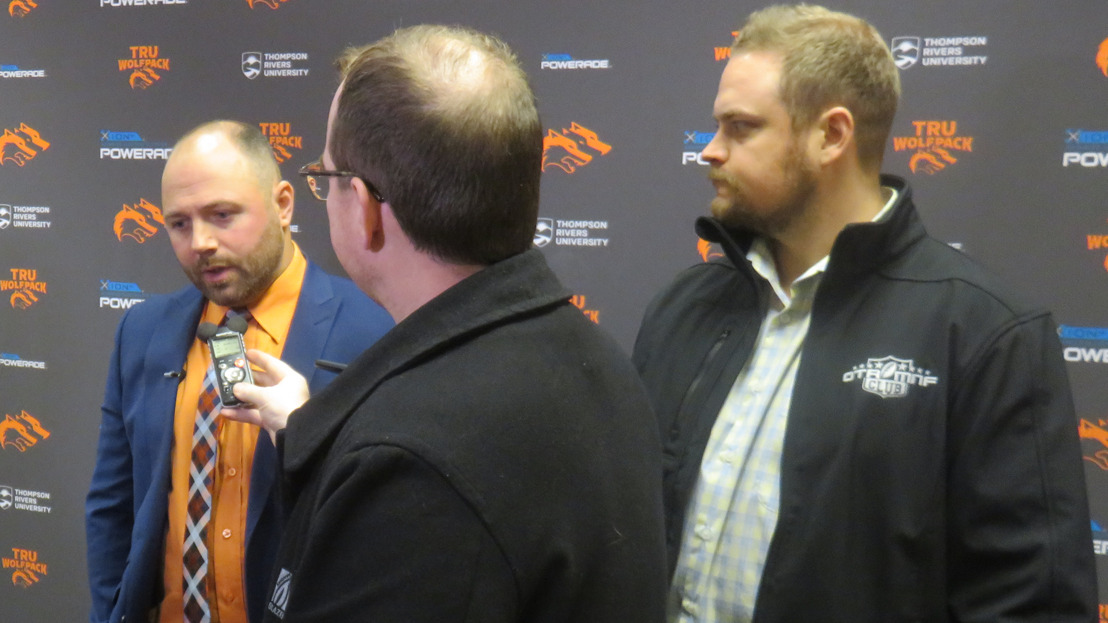 EDMONTON – Kamloops based reporter Marty Hastings has been selected as the 2018-19 recipient of the Fred "Gus" Collins award, which honours a member of the media for their outstanding coverage of Canada West and its student-athletes.

Over the last decade, Hastings has covered university sport extensively in his role as staff reporter with Kamloops This Week, which publishes twice weekly. In addition to his coverage for Kamloops This Week, he is also a regular contributor to CBC Radio Kamloops, providing sports coverage on their morning show.

The Thompson Rivers University alum has gone above and beyond in his coverage of the TRU WolfPack and Canada West, showing an ability to make his readers and listeners more aware of Canadian university sport.

Overall, Hastings provides thorough, and excellent coverage across multiple platforms by combining local angles, with broader context. His work earned the respect of the conference's 17 sports information directors, who voted on the honour earlier this month.

“This is a wonderful, and well-deserved recognition for Marty. He has played a critical role in connecting the WolfPack to our community as he profiles our amazing teams, student-athletes, and coaches each week," said TRU Athletics and Recreation Director Curtis Atkinson.

"Marty’s passion for amateur sport – and university sport in particular – is evident through all of his reporting and we are so fortunate to receive the coverage he provides through his work with Kamloops This Week and CBC Radio. We would like to congratulate Marty on this recognition.”

Hastings is the second Kamloops journalist to earn the honour in recent years, joining colleague Earl Seitz, who took home the award in 2014-15.

“I had a look at the names of previous winners. It’s amazing to be in their company. There was no shortage of interesting stories to follow at TRU this past season and I’d like to thank the WolfPack athletes, coaches and sports information department for fantastic access to everyone involved. And thanks to Canada West for taking the time to put this award together," said Hastings.

Hastings now moves forward as the CW nominee for the Fred Sgambati Award, which will be handed out in June at the U SPORTS conference and AGM in Markham, Ont.

The late Fred "Gus" Collins was a long-time contributor to the development, success and promotion of Canada West, notably through his endless effort to produce updated, accurate statistical information to all media in an era long before laptops and spreadsheets.