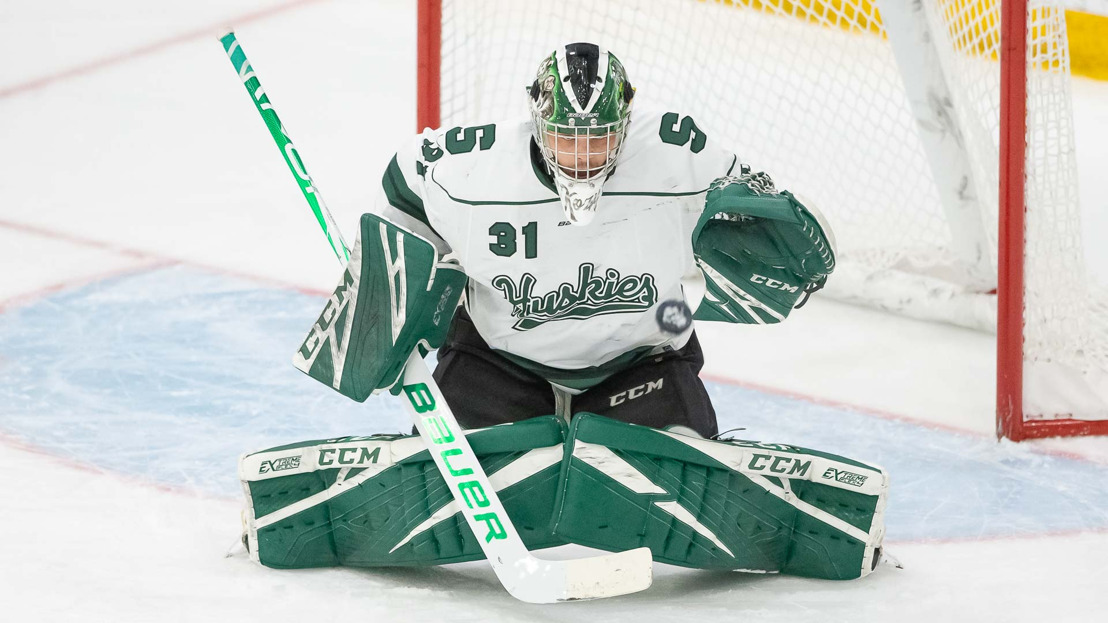 EDMONTON – Taran Kozun is headed to the Canada West playoffs on a roll.

The Saskatchewan Huskies netminder was announced Wednesday as the WHL Grad of the Month for January, after posting a 6-1-0 record over the first month of 2020. He followed that up with two more wins in February, as Saskatchewan enters the playoffs having won 11 consecutive games.

Last month Kozun combined to stop 232 of the 241 shots he faced, recording a sparkling .963 save percentage which was bolstered by a trio of shutouts. Overall, the former Seattle Thunderbird standout finished the regular season with a league-best .931 save percentage and 1.87 GAA.

As if his puck-stopping stats weren't enough, the Nipawin, Sask. native also became just the second CW goalie ever to score, as he found the net in a 3-0 Saskatchewan win over Calgary back on January 21.

Kozun and the Huskies are off this weekend after earning a first round bye thanks to their second-place finish during the CW regular season. Saskatchewan returns to action Friday, February 21 when they'll open a best-of-three Canada West semifinal series in Saskatoon.

You can watch all the action this playoff season by tuning into Canada West TV Presented by Co-op. Hockey postseason passes are available now for $19.99.