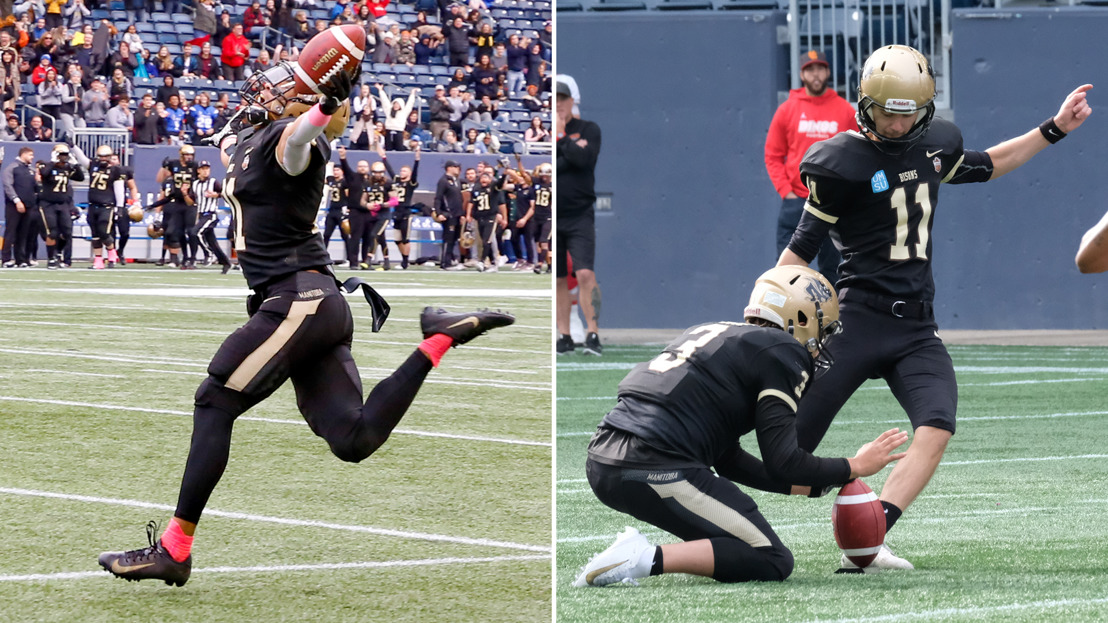 EDMONTON – It was a crazy week around Canada West football, as a trio of upsets threw the playoff picture into chaos.

A big part of the insanity played out in Winnipeg, where the Manitoba Bisons downed the first-place Calgary Dinos 43-29. That performance led to a pair of weekly honours, as Shae Weekes (defence) and Matt Riley (special teams) were acknowledged Monday.

UBC’s Jacob Patten was also recognized for his monster performance in the Thunderbirds’ 38-37 win over the defending Hardy Cup champion Saskatchewan Huskies.

The 2019 regular season comes to a close this weekend, with a pair of CW Football Showcase games set to be televised.