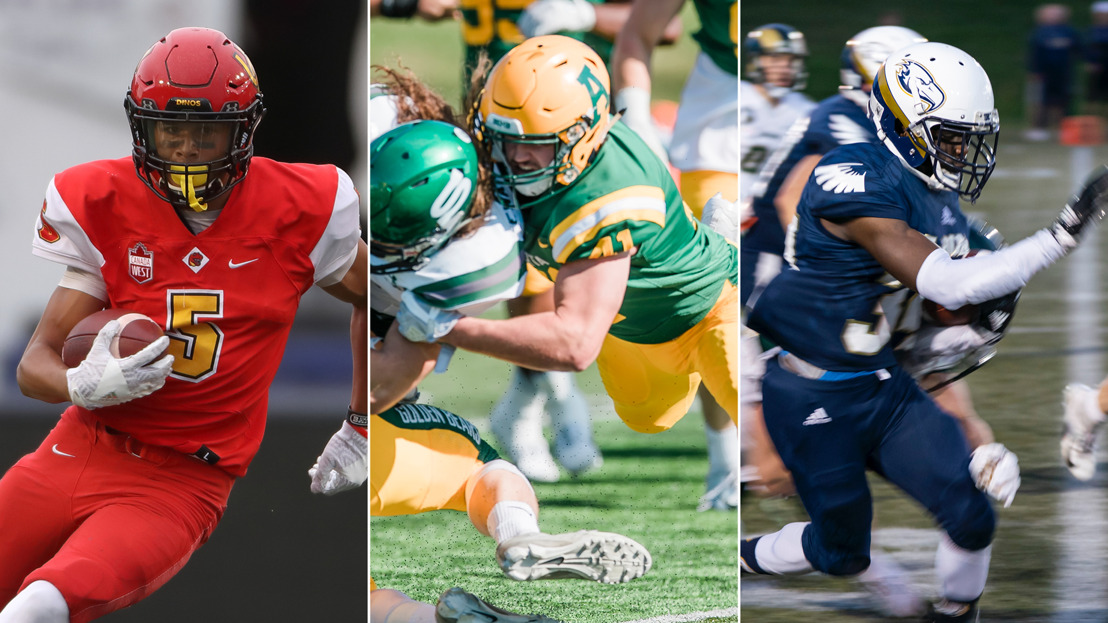 EDMONTON – Calgary Dino Jalen Philpot and Alberta Golden Bear Jassen Brown highlight this week's Canada West Football Players of the Week after leading their teams to victories over the weekend.

Philpot is the Offensive Player of the Week after hauling in 13 passes for 138 yards, as Calgary earned a 20-7 home victory over the Regina Rams Friday night. Through four weeks, Philpot sits fifth in the conference with 296 receiving yards, as the Dinos are a perfect 4-0.

Linebacker Jassen Brown takes defensive honours after Alberta scored a 19-17 win over the Saskatchewan Huskies, as the Bears claimed a third straight victory for the first time in a decade.

Brown made six solo tackles, including a sack, while also adding an interception in the Alberta win, which put the Bears in sole possession of second.

Taking home the Week 4 Special Teams Player of the Week is UBC's Daniel Appiah. The second-year running back starred in the return game for the Thunderbirds, scoring an 88-yard punt return, to secure the first kick return TD in the conference this season. Despite his combined 224 total return yards on the day, UBC fell 37-19 to the Manitoba Bisons.

Week 5 of the season kicks off Friday night in Saskatoon with a rematch of last year's Hardy Cup, as Saskatchewan hosts Calgary at Griffiths Stadium (7 p.m. CST). The game can be seen on SaskTel, TELUS, Bell MTS, and Canada West TV Presented by Co-op.