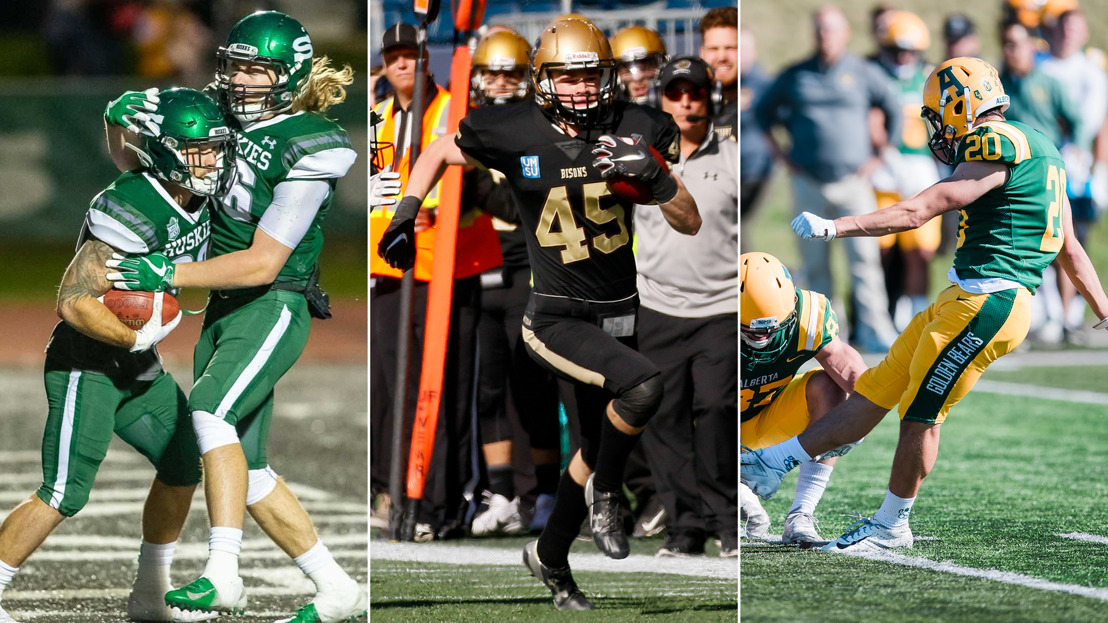 Saskatchewan's Adam Machart continues to rush past the opposition, as the conference’s top running back had another monster game for the Saskatchewan Huskies. Machart racked up 171 rushing yards and a rushing touchdown, while adding 35 receiving yards and a receiving in Saskatchewan’s 29-15 win over the Calgary Dinos in Saskatoon Friday.

Through five weeks Machart has 712 rushing yards to lead all of U SPORTS.

Defensively, Manitoba’s Reilly Gordon made plays all over the field for the Bisons in their narrow 27-26 win over the Regina Rams Saturday afternoon.

The rookie linebacker is the Defensive Player of the Week after recording a tackle for loss, fumble recovery, and interception.

Rounding out the Week 5 winners is Jonathan Giustini, who booted six field goals to earn the kicker special teams honours.

Giustini helped the Alberta Golden Bears to their fourth consecutive win, as they downed the UBC Thunderbirds 40-20 in Vancouver Saturday.

The rookie kicker’s six field goals tied a program record, as Alberta is now a victory away from their first five-win season since 2005.

Week 6 of the season kicks off Friday night with a pair of televised games, as the Regina Rams host the UBC Thunderbirds (7:00 p.m. CST) and Saskatchewan welcomes Manitoba (7:00 p.m. CST). The UBC-REG game can be seen on SaskTel, TELUS, and Canada West TV Presented by Co-op, while the MAN-SSK is also available on those platforms along with Bell MTS.