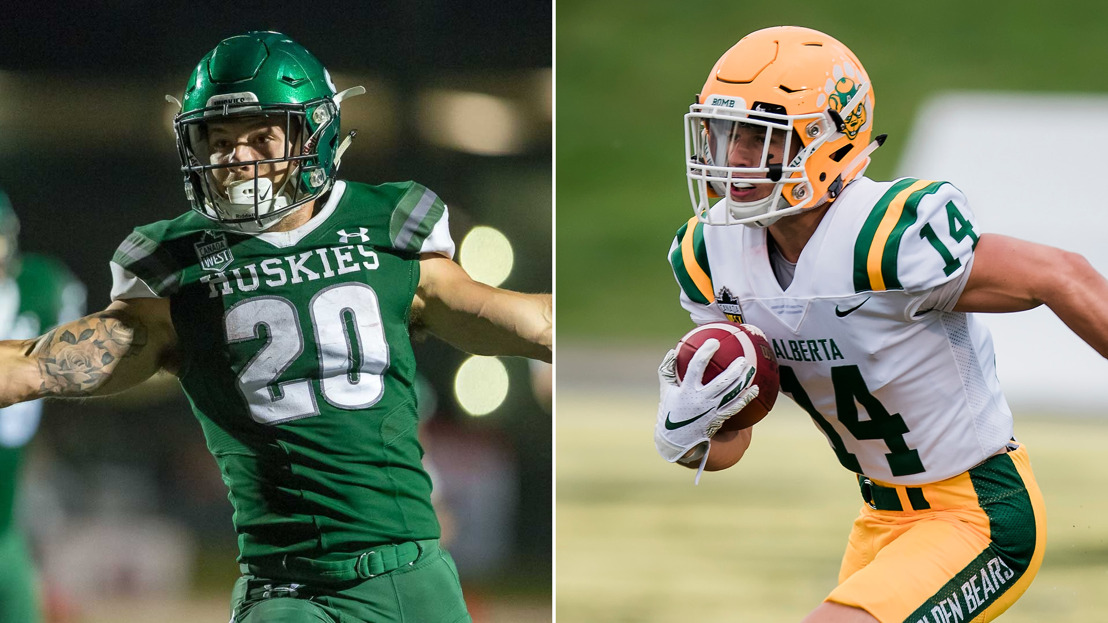 EDMONTON – Running back Adam Machart and defensive back Wesley Bookland are both Canada West Football Players of the Week after leading their teams to their first wins of 2019 over the weekend.

Machart is the offensive player of the week after racking up 134 rushing yards, as his Saskatchewan Huskies earned a convincing 40-7 win over the UBC Thunderbirds. The third-year Arts and Science student found the endzone on two of his 15 carries,

On the defensive side of the ball, Bookland made three key defensive plays for the Alberta Golden Bears, recording an interception and pass break up on defence, along with a fumble recovery on special teams to help Alberta improve to 1-1 on the season with an 18-17 road win over the Regina Rams. The defensive back was the special teams player of the week to open the season, after posting 193 combined return yards.

Rounding out the players of the week is Manitoba Bison Michael Ritchott, who recorded 190 total return yards to earn special team honours. Ritchott combined for 190 return yards on seven returns, as Manitoba’s record went to 1-1 after a 24-10 loss to Calgary.

Week 3 of the season opens Friday with a pair of games, including Regina hosting Saskatchewan on the Canada West Football Showcase.  The game kicks off at 7:00 p.m. CST and can be seen on SaskTel, TELUS, Bell MTS, and Canada West TV Presented by Co-op.

For a complete look at the 2019 CW football schedule, including TV listings, click here.