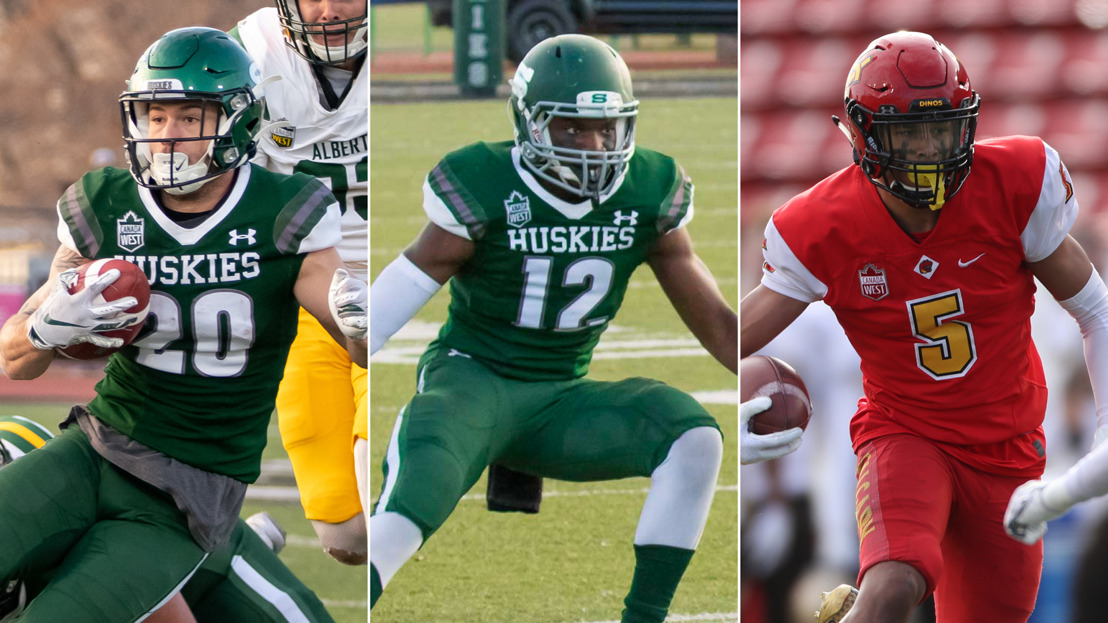 EDMONTON – Three familiar faces powered their teams to a place in the Hardy Cup over the weekend, as the Saskatchewan Huskies and Calgary Dinos earned semifinal wins to setup a rematch of last year's Canada West football championship game.

Machart and Lokombo powered Saskatchewan to a 28-23 semifinal win over the Alberta Golden Bears, while Philpot provided a special teams spark in Calgary's wild 47-46 win over the Manitoba Bisons.

Machart and Lokombo made an impact in their familiar running back and defensve back positions respectively, while Philpot – who was a unanimous all-star at the receiver position – provided a spark returning kicks for the first time this season.

The trio are set to take the field this Saturday in Calgary, as the 83rd Hardy Cup is set for 1 p.m. MST.

Saskatchewan is looking to secure back-to-back Hardy Cups for the first time since winning three in a row between 2004 and 2006, while Calgary is seeking their third Hardy Cup in the last four years.

You can watch the game by tuning into SaskTel, TELUS, BellMTS, and Canada West TV Presented by Co-op.

Fans following along on social media will also be treated to an enhanced Hardy Cup experience, with select drives set to be shared live on Canada West's Twitter feed.