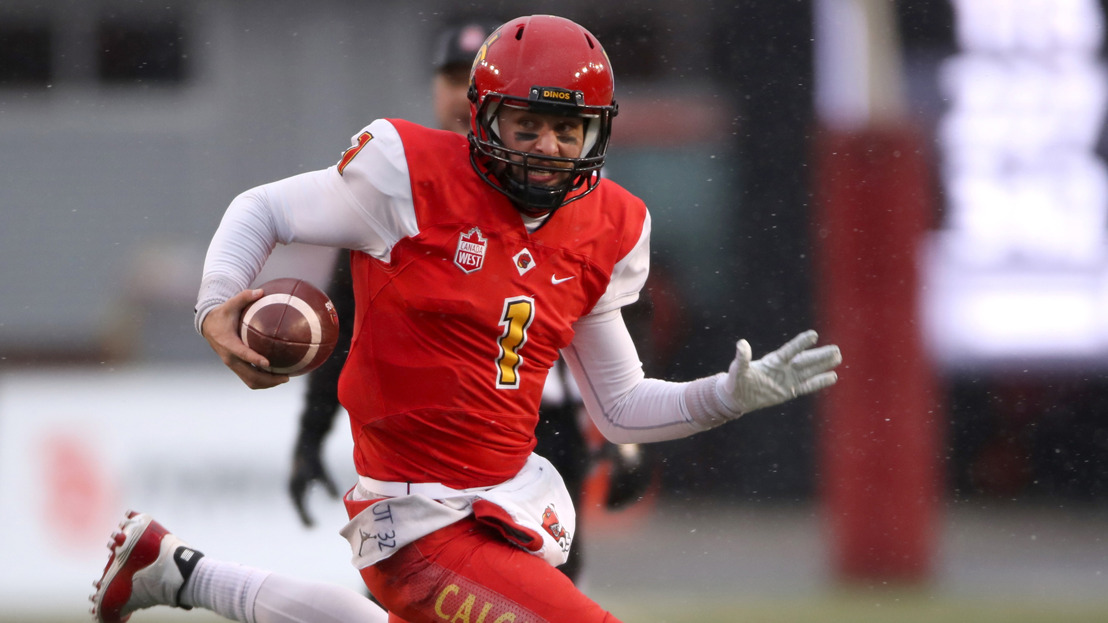 EDMONTON – The Hardy Cup is back in a familiar trophy case.

The Calgary Dinos claimed the Canada West football championship for the ninth time in the last dozen seasons thanks to a 29-4 win over the Saskatchewan Huskies Saturday in the Stampede City.

A trio of Dinos are the conference players of the week after Calgary's convincing win, as quarterback Josiah Joseph, linebacker Grant McDonald, and kicker/punter Niko DiFonte were honoured Tuesday.

Joseph made a splash in the second half for Calgary, coming in for an injured Adam Sinagra. The fourth-year pivot went 9-of-10 for 95 yards, while also rushing for 26 yards and a pair of fourth quarter TDs.

Defensively McDonald had a game-high 11 tackles, as the Calgary defence surrendered the second fewest points ever in a Hardy Cup.

Next up for Calgary is a Mitchell Bowl matchup with the McMaster Marauders. The national semifinal game is set for Saturday, Nov. 16 at 1 p.m. MST.

The Dinos are looking to keep Canada West's dominant home stretch against Ontario opponents alive, as the conference is 13-1 all-time when hosting an Ontario school in the national semis, with the lone loss coming in 1968.