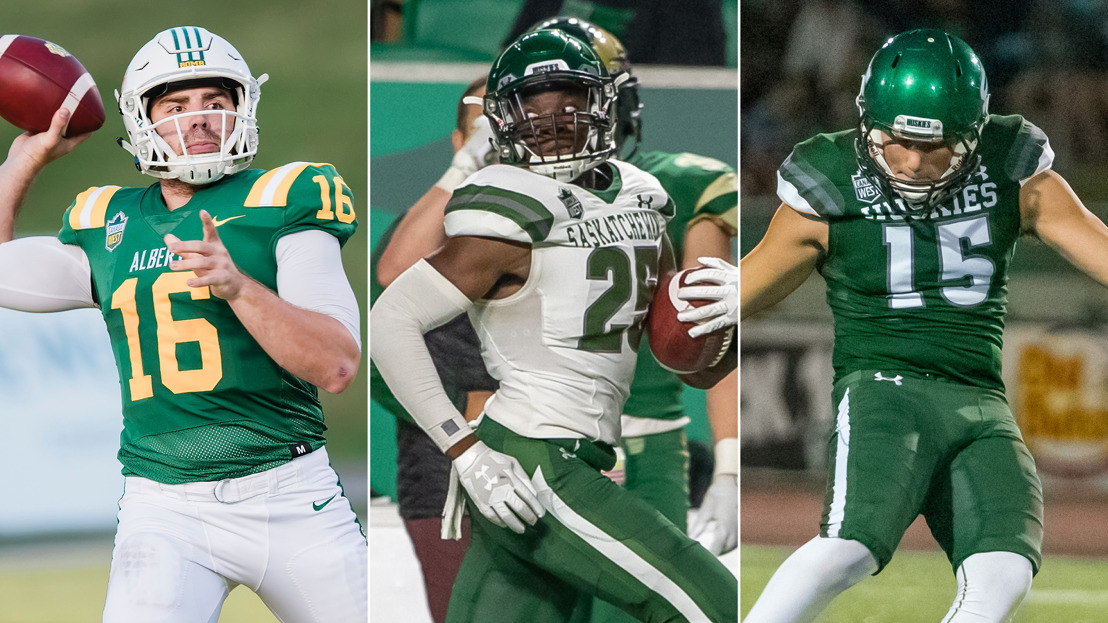 EDMONTON - Alberta's Brad Launhardt along with Saskatchewan's Nelson Lokombo and David Solie are the Canada West Football Players of the Week.

Offensively, Launhardt was clutch for Alberta, as he posted 117 rushing yards, and passed for 258 yards and a pair of touchdowns. His 30-yard TD strike to Daniel Bubelyeni with just six seconds left in the game capped off a 75-yard drive that took just 33 seconds, as the Bears earned a 29-26 win.

On the defensive side of the ball, Nelson Lokombo's big year continued Friday against the Regina Rams, as the third-year defensive back posted a pair of interceptions, including a 98-yard pick six. Lokombo also added a pass breakup and a tackle for loss in Saskatchewan's dominant 44-9 victory.

Rounding out this week's winners is Huskies kicker and punter David Solie, who was 2-for-2 on field goals, launched a pair of punts for more than 50 yards, and had two punts inside the 20.

Week 4 of the season opens Friday as Regina (1-2) travels to Calgary to face the Dinos (3-0) on the Canada West Football Showcase.  The game kicks off at 7:00 p.m. MDT and can be seen on SaskTel, TELUS, Bell MTS, and Canada West TV Presented by Co-op.

The action continues Saturday with a pair of games, including Alberta (2-1) and Saskatchewan (2-1) meeting at Foote Field in Edmonton at 1 p.m. MDT. That game can be seen on Canada West TV Presented by Co-op, as well as SaskTel 49 (SD) and 349 (HD).