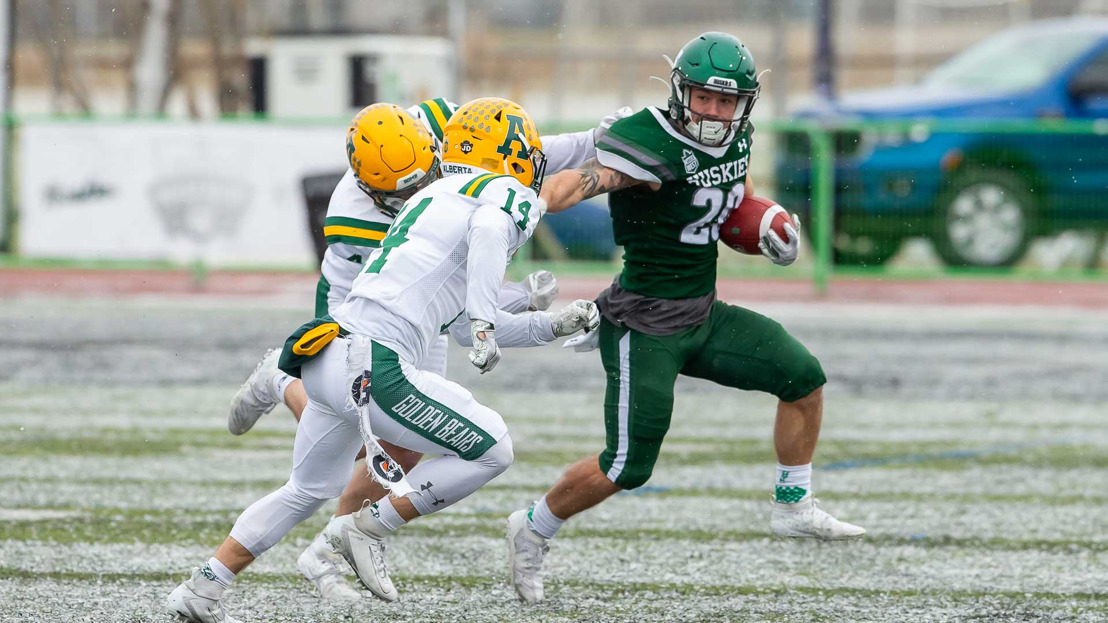 EDMONTON – The Saskatchewan Huskies and Manitoba Bisons led the football all-star charge Thursday, as Canada West unveiled the conference's best ahead of this weekend's semifinal action.

Both Saskatchewan and Manitoba landed seven all-star selections, just edging out the Calgary Dinos who had six players honoured.

The Bisons special teams made a splash, garnering three selections, including return man Michael Ritchott. The fourth-year running back led the conference in kickoff return yards with 636 - more than 300 ahead of the next closest player.

Machart was one of seven players who were selected as an all-star by all six of the conference's coaches. Along with Machart, teammate Mattland Riley (G), and Calgary's Jalen Philpot (REC) and Deane Leonard (CB) were also unanimous selections.

The conference's major award winners are set to be unveiled next week, ahead of the 83rd Hardy Cup.

This weekend a pair of semifinal games are set for Saturday afternoon, as Calgary hosts Manitoba (12 p.m. MDT) and Saskatchewan welcomes Alberta (3 p.m. CST). Both games can be seen on SaskTel, TELUS, Bell MTS, and Canada West TV Presented by Co-op.