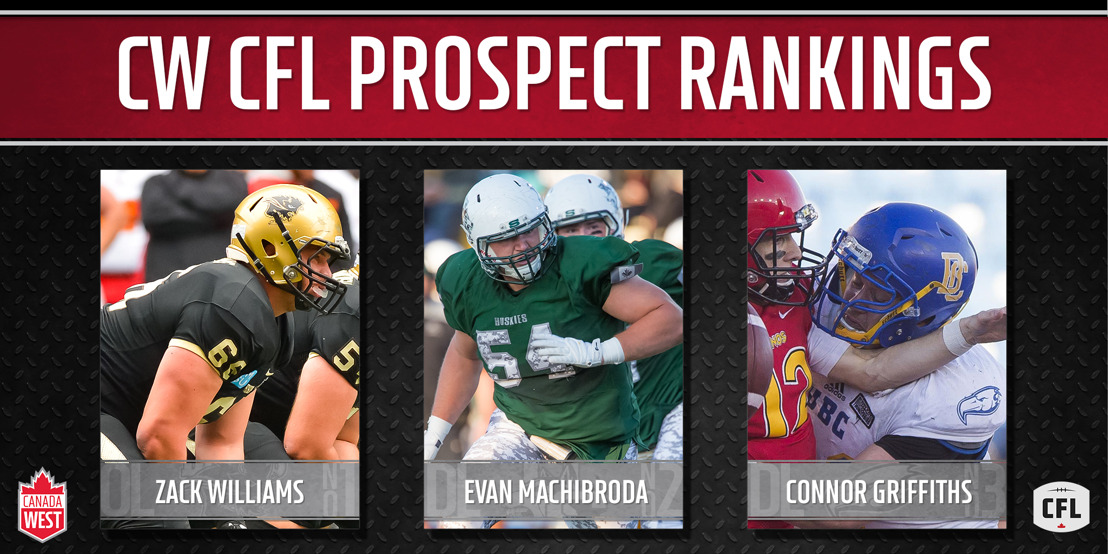 EDMONTON – Manitoba Bisons offensive lineman Zack Williams is the top Canada West prospect, according to the CW CFL Prospect Rankings, which were released Tuesday ahead of this week's Canadian Football League (CFL) Draft.

2019 marks the third season of the CW CFL Prospect Rankings, which are selected by the conference's six football coaches.

The Bisons landed a pair of players inside the top four, as running back Jamel Lyles – who was the beneficiary of Williams' outstanding play on the o-line – slotted in fourth.

A total of 15 CW players were selected in the 2018 CFL Draft, including four in the first round – the most among any U SPORTS conference.

Williams, who stands 6-foot-five and is 315 pounds, didn't crack the CFL Scouting Bureau rankings this season. The rankings were selected by CFL scouts, player personnel directors and general managers from the league's nine teams.

The only CW player to be listed in all three rankings was UBC quarterback Michael O'Connor. The fourth-year pivot was 20th in September, moved to 19th in December, and finished 17th in the final rankings released last month.

O'Connor, who led UBC to the Hardy Cup and Vanier Cup as a rookie in 2015, has been on the radar for CFL teams during the entirety of his time at UBC after transferring from Penn State.

You can read more about O'Connor's hopes of making a splash as a Canadian quarterback by clicking here.