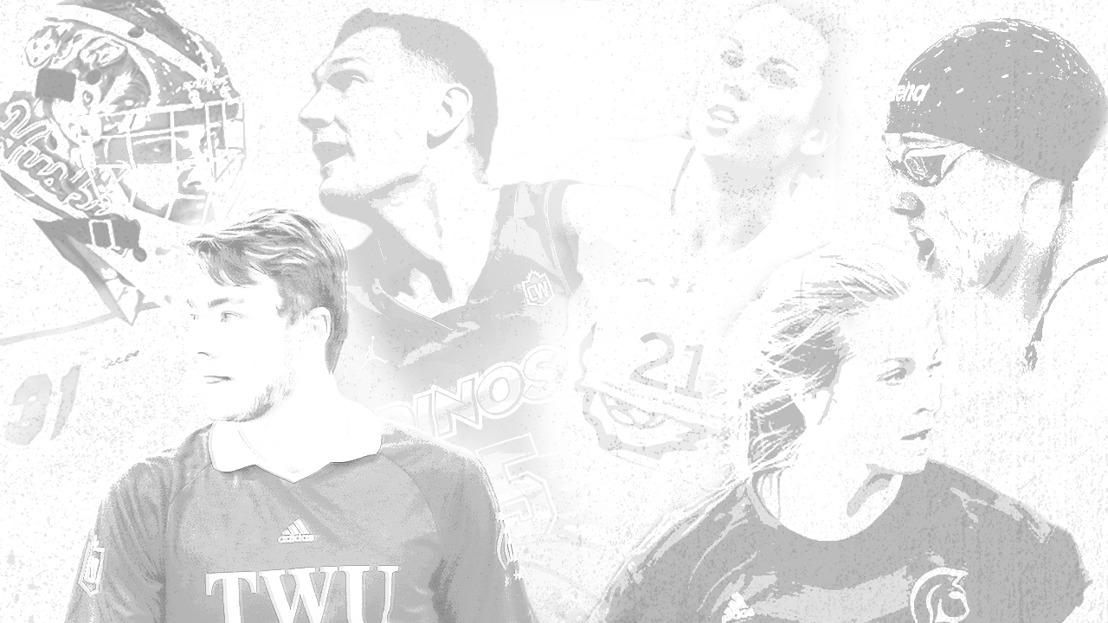 EDMONTON – Canada West's finalists for the conference's 2019-20 Athlete of the Year awards were announced Monday, as the University of Saskatchewan and Trinity Western University took the spotlight.

Rounding out the finalists were Calgary basketball star Brett Layton on the men's side, and Manitoba female swimmer Kelsey Wog.

Canada West's Athletes of the Year, which are selected by the conference's 17 members, will be announced Thursday, May 7 at 10 a.m. MDT. The CW winners will move forward as nominees for the national awards, as U SPORTS hands out the Lieutenant Governor Athletic Awards on June 25th.

MALE ATHLETE OF THE YEAR FINALISTS

The former Seattle Thunderbird led the conference in every major goaltending category, posting a 1.87 goals-against average, .931 save percentage, five shutouts, and 17 wins. Along with those sparkling numbers, Kozun also became just the second goalie in CW history to score when he found the net in January against the Calgary Dinos.

Calgary Dinos star Brett Layton was a force on the court this season, leading the nation with 299 rebounds – a conference record for a 20-game season – while topping CW in field goal percentage (62.8) and blocks (43).

The 2019-20 CW Player of the Year also earned the U SPORTS honour, capping off a stellar season for the Law student.

CW and U SPORTS Player of the Year Eric Loeppky led the conference with a sparkling .443 hitting percentage, while finishing second in CW in kills per set at 3.89. His 0.47 service aces per set were also top 10 in the conference (6th).

This year, Loeppky became the Canada West all-time leader in career aces, finishing with 153. His 0.563 career aces per set also has him atop Canada West.

FEMALE ATHLETE OF THE YEAR FINALISTS

The fifth-year won gold in both the 60-metre hurdles and the 4x200-metre relay at the Canada West Championships in Saskatoon, setting new conference marks in both those distances to help the Huskies win their third consecutive CW title. At nationals, she set a new national record in the 60-metre hurdles, crossing the line in a time of 8.13 seconds.

Jenaya Robertson set a TWU single-season goal-scoring record in 2019, tallying a conference-high 14 on the year to earn the CW and U SPORTS Player of the Year awards.

The star midfielder captained TWU to one of its most successful seasons in history, taking first place in the Pacific Division with a 12-1-1 record – a mark that equaled TWU's record for most points in a season with 37 (2011).

Swimmer Kelsey Wog continued her dominance in the pool this season, winning four national gold medals including two in U SPORTS record times. As a result, the fourth-year swimmer was named the U SPORTS Female Swimmer of the Meet for a second consecutive season.

Prior to dominating at the U SPORTS Championships, Wog earned four gold medals and a relay bronze at the CW Championships in November of last year, with two of her golds coming in CW record time.