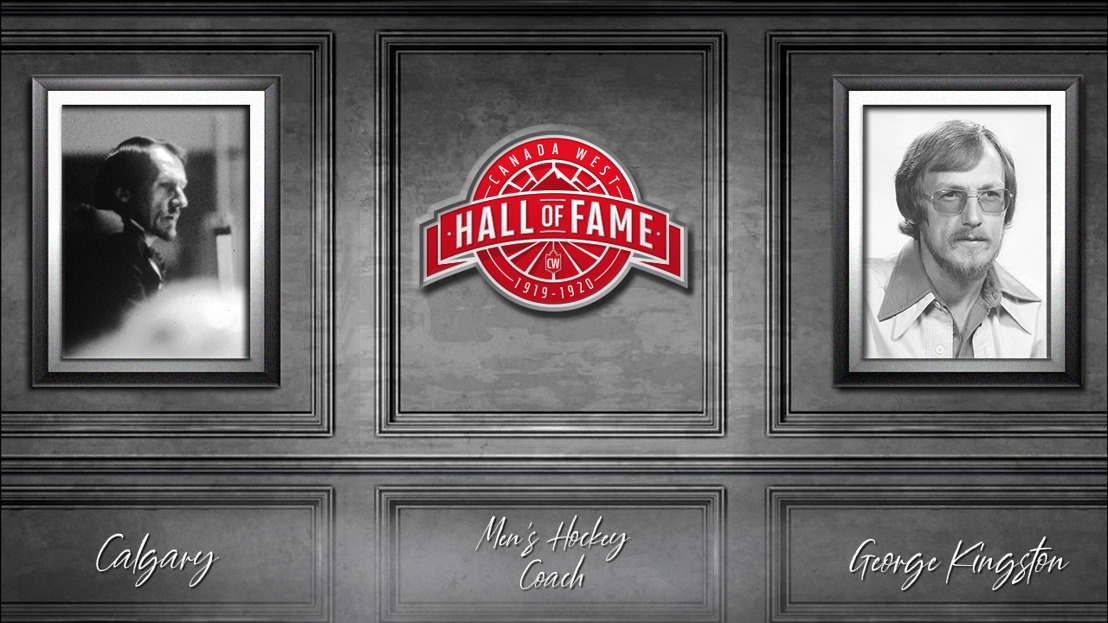 The longtime coach of the Calgary Dinos was announced Tuesday as the latest inductee in the Canada West Hall of Fame, as the conference continues to honour the greatest contributors to university sport in Western Canada with the class of 2020-21.

After getting his start as a player under legendary coach Clare Drake at the University of Alberta, Kingston would go onto lead the Dinos to five Canada West titles as head coach.

Kingston coached extensively with Canada over two decades at multiple Olympics and World Championships, including 1994 when Canada claimed gold. In the NHL, he was the first-ever head coach of the San Jose Sharks, and also made NHL stops as an assistant with Calgary, Minnesota, Atlanta and Florida.

In 2019 he was a recipient of the Order of Hockey in Canada, acknowledging his tremendous contributions to the game.